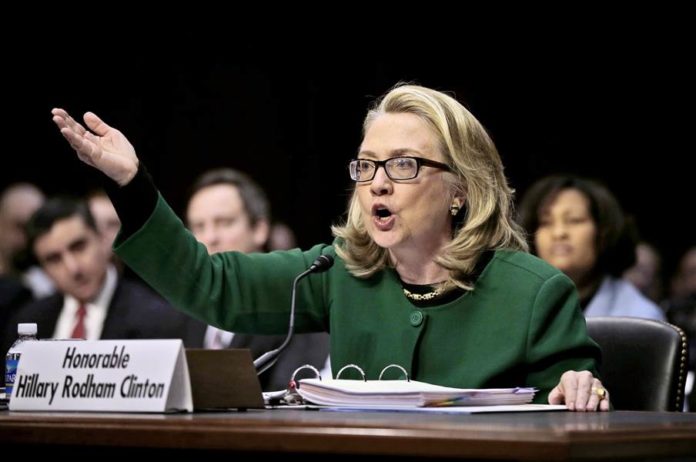 Retired Admiral and former Joint Chiefs of Staff chairman, Mike Mullen, who conducted an independent review of the events at Benghazi, stated that “the attacks in Benghazi were security related.” Mullen said that the terrorists who committed the attack were solely to blame for the deaths of J. Christopher Stevens, State Department employee Sean Smith, member of the State Department diplomatic security Tyrone Woods, and former Navy SEAL Glen Doherty.

Yet according to the State Department, “Benghazi was not a priority in Washington.” The National Transitional Council (NTC) hired militia members and extremists to fill in the gaps in their national armed forces.

In Benghazi, Stevens stayed at a gated-villa, leased by the US State Department from a local man named Mohammad al-Bishari. The villa in Benghazi was not a US Embassy, diplomatic mission or extension of the embassy. In fact, the nearest US Embassy is Tripoli. 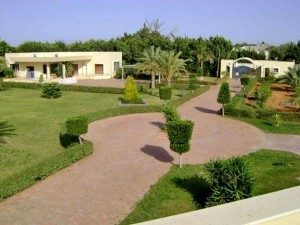 This location housed Stevens where he spoke with the NTC, a defaco-government in Libya that assisted the US in the overthrow of Muammar Gaddafi in 2011. Headquartered in Benghazi and the self-proclaimed “only legitimate body representing the people of Libya and the Libyan state.”

Stevens had previously been designated as a special representative to the NTC during the US-controlled Libyan revolution. To mask Stevens new role, he was given US Ambassador status by Hillary Clinton, Secretary of State, and stationed in Tripoli.

Bishari has confirmed that Stevens would stay at the villa when he met with the NTC. Stevens’ mission in Benghazi was to gather intelligence for the CIA “conducting surveillance and collecting information on an array of armed militant groups in and around the city.”

The Special Operations branch of the CIA deals in guerilla campaigns using doctrine and guidance when facilitating “psychological warfare”. The trained operatives used for special operations are mercenaries, such as hired guns, soldiers from Blackwater (or Academi) and other private sector security firms contracted by the US government to ensure US interests foreign or domestic.

One group Stevens was heavily monitoring was the Ansar al-Sharia who is directly connected with the Muslim Brotherhood and Salafi extremists who carry out covert operations for the Saudi Arabian government by terrorist means.

Stevens’ work with the CIA extends back to 2011.

Stevens spent time negotiating with the NTC because of the international community’s self- recognition of the faction as a legitimate government because of their seat at the UN, as well as assisting the CIA in watching the Ansar al-Sharia which is why he spent so much time in Benghazi.

Former CIA Director David Petraeus was well aware of Stevens’s role in Benghazi. When Stevens died, the CIA agents who worked with him during his intelligence gathering missions said that the agency “lost a good pair of eyes.” This comment explains the entire reason for a massive cover-up being perpetrated onto the American public complete with an extramarital affair to keep us distracted.

Some of Stevens’ deals for arms can be realized in the artillery and weapons being funneled to the Free Syrian Army (FSA) in Syria who are fighting the proxy war for the US. Stevens became the “liaison” between US-sponsored terrorist factions and the movement of arms to Syria to assist the FSA.

Shipments to the FSA have come from Saudi Arabia where the Salafi terrorists originated and the Partisans of Sharia is used to further subversive interests. Thanks to the US, the Saudi government and Stevens, the FSA are the most heavily armed state-sponsored jihadist group in the Middle East.

In reality, Islamic terrorist factions that work with the US were employed by the Saudi Arabian government to take out one of Petraeus’ CIA spies. That spy’s name was J. Christopher Stevens.

Mullen stated in the review: “We did conclude that certain State Department bureau level senior officials in critical levels of authority and responsibility in Washington demonstrated a lack of leadership and management ability appropriate for senior ranks in their responses to security concerns posed by the special mission.”

Due to budget constraints, money for security was not available and therefore “grossly inadequate” security was provided which was directly causational to the attack on the rented villa in Benghazi being successful.

Senator John Barrasso said that “the State Department clearly failed” to secure the rented villa. Barrasso went on to say that: “They failed to anticipate what was coming because of how bad the security risk already was there. … They failed to connect the dots. They didn’t have adequate security leading up to the attack and once the attack occurred, the security was woefully inadequate.”

While Clinton is recovering from a stomach virus, fainting spell and concussion, the agency she heads has taken political hits for the failures cited in Mullen’s review as well as media coverage of the cover-up concerning Benghazi-gate. Clinton’s medical issues have precluded her providing testimony at a hearing on Benghazi. State Department deputies Thomas Nides and Bill Burns provided representation at the open session.

Last month, Victoria Nulland covered for Clinton when she was first requested to testify before the House Foreign Affairs Committee by saying that Clinton would be travelling that week and unavailable to appear.

At this time it was also publicized that the State Department’s Legislative Affairs was “in the process of gathering and reviewing records that address the security situation leading up to the attack.”

Illeana Ros-Lehtinen, House Foreign Affairs chairwoman explained that Clinton would eventually show to testify in mid-January. “We still don’t have information from the Obama administration on what went so tragically wrong in Benghazi that resulted in the deaths of four patriotic Americans. We have been combing through classified and unclassified documents and have tough questions about State Department threat assessments and decision-making on Benghazi. This requires a public appearance by the Secretary of State herself. Other Cabinet secretaries involved should also be held publicly accountable.”

The former CIA director also revealed that the original CIA account of Benghazi, regarding the reference to a terrorist attack, was scrubbed from the CIA draft by federal agencies. 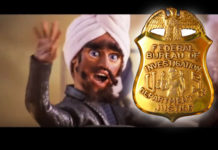