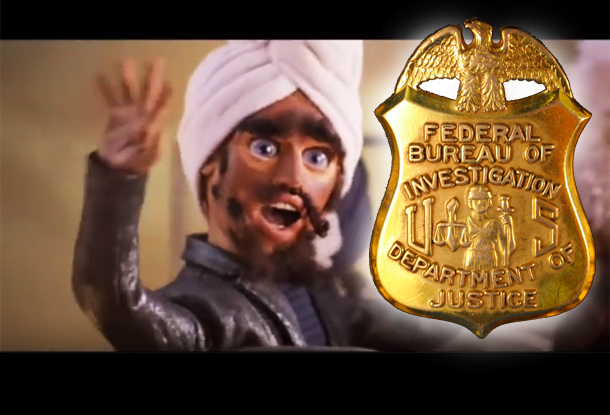 According to court documents, Quazi Mohammad Rezwanul Ahsan Nafis, a citizen of Bangladeshi, India was arrested on Wednesday and charged attempting to use a weapon of mass destruction. It is believed that he entered the US to create an al-Qaeda group with plans to bomb the Federal Reserve of New York, the New York Stock Exchange (NYSE) or an unidentified top US official.

The Federal Bureau of Investigations (FBI) assert that Nafis came to the US in January of 2012 on a student visa to attend the Southeast Missouri State University. Nafis was pursuing a degree in cybersecurity. However, Nafis is not enrolled in MSU.

He was approached by an FBI agent who gave Nafis 1,000-pounds of ammonium nitrate and other materials to build an improvised explosive device (IED). Under watch of the FBI, Nafis assembled the IED at an undisclosed warehouse in New York. The FBI claims that Nafis attempted to detonate the “fake” bomb at a hotel, where he was taken into custody.

Paul J. Browne, deputy commissioner of the New York City Police Department (NYPD) said in a statement regarding the “plot” that “terrorists have tried time and again to make New York City their killing field. We’re up to 15 plots and counting since 9/11 . . . Vigilance is our watchword now and into the foreseeable future. That’s why we have over 1,000 police officers assigned to counter-terrorism duties every day, and why we built the Domain Awareness System (DAS). I want to commend the NYPD detectives and FBI agents of the Joint Terrorist Task Force for the work they did in the case and in other ways every day to help New York City safe from terrorists.”

The “infiltrating” FBI agent brought Nafis to the warehouse in a van. Nafis allegedly told the agent that his first plan was to blow up the NY Fed. If he was unable to do so, he had a “Plan B”. Nafis, after coercing from the FBI agent also produced a written statement of his intentions where he said that Osama bin Laden was the justification for his impending actions.

The NY Federal Reserve building is located a few blocks from where the World Trade Center used to be.

Nafis and the FBI agent made a video where Nafis admitted to his plans. This recorded statement was to be shown to the American public after the attack. Nafis was recorded on tape saying he wanted to “destroy America.” The FBI was careful to set up the necessary evidence to not only incriminate Nafis as a pasty, but also use the evidence to create a link between al-Qaeda and the nation of India.

The FBI released a statement claiming Nafis was “attempting to destroy a landmark building and kill or maim untold numbers of innocent bystanders is about as serious as the imagination can conjure. The defendant faces appropriately severe consequences. It is important to emphasize that the public was never at risk in this case, because two of the defendant’s ‘accomplices’ were actually an FBI source and an FBI undercover agent.”

Loretta E. Lynch, US Attorney from the Eastern District of New York formally stated that “the defendant came to this country intent on conducting a terrorist attack on U.S. soil.” Lynch said that Nafis attempted to strike “a blow to the American economy.”

In February of this year, in an interview with Greta Van Susteren, Hillary Clinton, US Secretary of State, admitted that the US trained the Mujahedin-e Khalq (MEK) in Afghanistan when the US was engaged in using the terrorist faction against the Russians.

The MEK became the CIA-controlled faction known as al-Qaeda. Clinton said: “When the Soviet Union invaded Afghanistan we had this brilliant idea that we were gonna come to Pakistan and create a force of Mujahideen, equip them with stinger missiles, and everything else and go after the Soviets in Afghanistan. We were successful. We said ‘great’; and we left Afghanistan . . . Leaving these trained people who were fanatical in Afghanistan and Pakistan. Leaving them well armed and creating a mess at the time we didn’t recognize. When you look back today, the people we are fighting today, we were supporting in the fight against the Soviets.”

Last month, Clinton removed the MEK from the designated terrorist groups list to free the faction to do the bidding of their creators. A State Department statement revealed that: “The secretary of state has decided, consistent with the law, to revoke the designation of the Mujahedeen-e-Khalq (MEK) and its aliases as a Foreign Terrorist Organization (FTO) under the Immigration and Nationality Act and to delist the MEK as a Specially Designated Global Terrorist under Executive Order 13224.”

MEK is supported by the US government; as well as select members of Congress, former heads of the FBI and CIA, former US cabinet secretaries and politicians from Democrat and Republican parties.

Hardeep Singh Puri, India’s Representative to the UN and Chair of the Counter-Terrorism Committee revealed last week at the UN 7th Parliamentary Session of the Mediterranean (PAM) Plenary Session in Malta that the US-funded al-Qaeda “remains a potent and dangerous force despite considerable disruption in its leadership.” Puri explained that allowing al-Qaeda to remain in his country gave them “succor and even legitimacy” and that international efforts to remove them were ambiguous and “sketchy”.

A Mumbai based group of intellectuals and human rights activists say that the al-Qaeda cells in India are organized by the CIA and Mossad. At a press conference held in June, the activists said that: “There is enough evidence that the Al-Qaeda is a front organization of the CIA and MOSSAD. The Bush junta has used the bogey of terror and of Al Qaeda to justify his unending and ever expanding Global War on Terror, which is only a means of capturing the resources of the world and of establishing the sole hegemony of Israel in West Asia.”

India, as a member of the BRICs nations, has been purchasing Iranian petrol with gold in conjunction with China and Russia. Earlier this year, Clinton visited New Delhi, India to apply pressure against the government to stop them from continuing to buy Iranian oil.

The US wants India to stop patronizing Iran because their financial support of the Middle Eastern nation is a direct affront to the sanctions the US has placed on Iran. Clinton is convinced that crude oil is in such abundance in the international marketplace that India can get their needs met there, rather than with Iran.

Clinton said: “We do not believe Iran would’ve come to the table if there were not sanctions and pressure. That’s the reason why India, China, Japan, European countries who are the primary purchasers of Iranian oil are being asked to lower their supply to pressure Iran.”

To make sure the Indian government understood her meaning, Clinton added that Pakistani al-Qaeda operatives could be used in terrorist attacks against the nation to coerce them into compliance. She went on to say: “Saudi Arabia and others are putting more oil into the market. India understands the use of diplomacy to resolve this threat and is working towards lowering purchases of Iranian oil… We hope they will do even more. We believe this is part of India’s role in the international community.”

On her trip, Clinton also visited Bangladesh and China to converse with leaders about their financial involvement with Iran. On what is billed as peace talks with nations, Clinton’s trip is really about telling other nations to cease financial ties to Iran or else. Clinton suggests (with regard to coercing leaders to support the international markets and not Iran exclusively) that “so I will raise [the] US desire to open markets to multi-brand retail. Enormous experience can be brought to India on supply chain management, on developing relationships with small producers. The benefits may not be immediately perceived.”

Since India has not complied with Clinton’s threats, it is interesting that Nafis, an Indian citizen, is suddenly implicated in an obviously coached FBI “sting operation” to commit a terroristic act against the US.