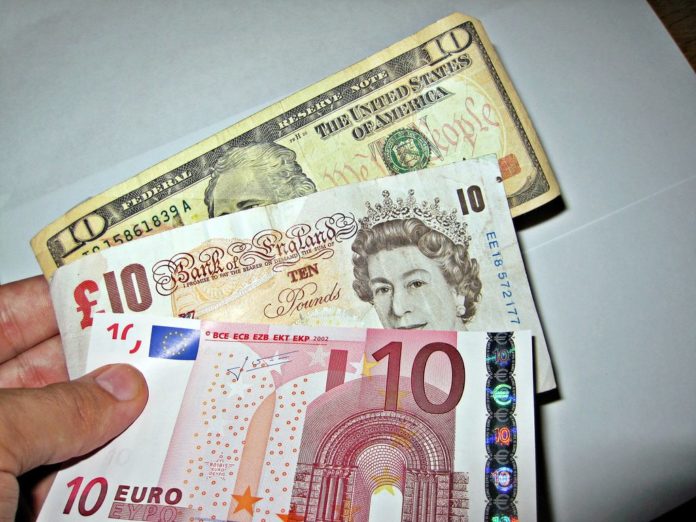 When polled, 56% of the 1,512 Canadians responded positively to going to a cashless society and using digital currency instead of carrying fiat in their wallet.

BA International, the corporation that prints fiat currency in Ottawa, Canada, has announced that it has ceased printing paper fiat as of December 2012. The replacement currency is moving toward polymer bills. Because of the high-capacity for counterfeiting with paper fiat, the Bank of Canada is seeking to circulate polymer-based fiat with the $100 bill as the first of its kind.

Half of the transactions in Ottawa still involve actual cash which calls for a solution to the problem of circulating counterfeit fiat. Even with current prevention measures in place, there are an estimated 470 million in circulation. And this psy-op is the basis for the new polymer-based fiat.

Canada is marketing polymer fiat to its citizens as a durable and secure mode of tender trading. It also has a longer lasting lifetime as opposed to paper fiat, as well as safer for the environment. According to the Bank of Canada: “The detailed metallic imagery carried in a transparent area of the notes makes for one-of-a-kind currency.”

BA International maintains that without the demand for paper fiat, and the durability of polymer-based currency, the reasoning for the switch is obvious. Documents obtained from a Freedom of Information Act (FIOA) revealed nothing because most of the data was redacted or blacked out. 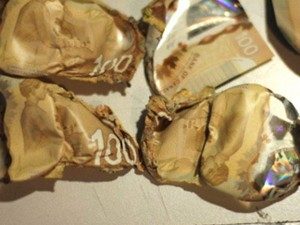 A Bank of Canada teller claims that rumors of cases of new polymer bills were melted together after sitting in a hot car. Photos of these “cooked” bills began to surface on the internet, although officials at the Bank of Canada denied that the new currency could be affected by heat. Jeremy Harrison, spokesman for the Bank of Canada said: “The Bank stands by its statements made this summer that polymer bank notes cannot be affected by the types and levels of heat as has been suggested in last summer’s news reports, and has seen no evidence to the contrary.”

The Reserve Bank of Australia (RBA) began using polymer currency in 2001; citing counterfeit difficulty and safer for the environment.

The Royal Canadian Mint (RCM) has announced that they will stop printing pennies. The RCM has unveiled a digital RFID-chip based currency that can be loaded up, stored and spent in-store and online.

The RCM calls this currency MintChip; which will be a virtual payment method accessible through microchips, microSD cards and USB sticks.

This RFID-chip currency is a collaboration with the US corporations and research and development outfits. Ian Bennett, president and CEO of the Mint explains: “As part of its research and development efforts, the Mint has developed MintChip, which could be characterized as an evolution of physical money, with the added benefits of being electronic.”

The MintChip is still under development, with patents pending and prototypes being studied. The creation and perfection of the technology must be useable with American markets.

The United Future World Currency is a foundation nearly 2 decades old that seeks to “bring to life the project for a common currency” once defined as the Euro. They are committed to bringing awareness to the necessity of global currency.

The Institute of International Finance (IIF), a group of technocrats that represent 420 banking cartels and financing houses have joined the cry for a one world currency.

Charles Dallara, managing director of the IIF, said: “A core group of the world’s leading economies need to come together and hammer out an understanding. The narrowly focused unilateral and bilateral policy actions seen in recent months – including many proposed and actual measures on trade, currency intervention and monetary policy – have contributed to worsening underlying macroeconomic imbalances. They have also led to growing protectionist pressures as countries scramble for export markets as a source of growth.”

Just like in Canada, justifying plastic currency switch because of counterfeiting, governments and central banks are demonizing cash in a social push for acceptance of digital transactions.

Mainstream media supposed the question of cash being the currency of terrorism with a paper the Naval Postgraduate School wrote called “Turn in Your Bin Ladens”.

David Birch, director of the Consult Hyperion, a firm dedicated to electronic payments, stated that a shift to digital currency would cut out these hidden costs.

Birch believes that paying with cash could be viewed like drunk driving—something we do with decreasing frequency as more and more people understand the negative social consequences. He said: “We’re trying to use industrial age money to support commerce in a post-industrial age. It just doesn’t work. Sooner or later, the tectonic plates shift and then, very quickly, you’ll find yourself in this new environment where if you ask somebody to pay you in cash, you’ll just assume that they’re a prostitute or a Somali pirate.”

IBM has been supporting the transition to RFID chipping for transportation ease with packaging and other technologies. The technology giant supposes: “You will no longer need to create, track or remember multiple passwords for various log-ins.

Imagine you will be able to walk up to an ATM machine to securely withdraw money by simply speaking your name or looking into a tiny sensor that can recognize the unique patterns in the retina of your eye. Or by doing the same, you can check your account balance on your mobile phone or tablet.”

Using biometrics for identification; along with facial recognition software, retinal scans and voice files, an individual’s DNA could become their personal password.

This technology is called multi-factor biometrics wherein “smarter systems will be able to use this information in real-time to make sure whenever someone is attempting to access your information, it matches your unique biometric profile and the attempt is authorized.”

Bitcoin certainly fits the bill of complete digital currency. The “experimental” digital payment system has been given that status of a “payment service provider” (PSP) by French financial institutions Aqoba and Crédit Mutuel. Officially, they are not a PSP because of the banks they are aligned with who are. This means Bitcoin is able to take advantage of their PSP status without having to be one themself.

French central banks are backing Bitcoin, which now has an International Bank ID number (IBAN) which allows transactions through PayPal and WorldPay and other digital payment networks; as well as issue debit cards, enabled to process monetary transfers to other banks and accept transfer of digital currency to their own “location”.

A Bitcoin account will be as viable as any other bank account with other established banks worldwide. Deposits will be subject to compensatory laws that are applicable when dealing with printed fiat in traditional accounts and balances in Bitcoin accounts can be exchanged for the fiat in that country (i.e. euros, US dollars, Yaun, etc. . . ).

As a global currency, Bitcoin provides:

The technocratic push toward cyber currency or e-money, is a march toward complete control over global currencies with the development of supporting technologies and the distribution of such that facilitate an online representation of money that can be used for exchange with another fiat system. Most attempts to create an encompassing digital currency has failed before their time because of their dependence on other established monetary schemes. Digital money like Bitcoin has a built-in manipulative mechanism that allows the currency to be traded multiple times without ability to verify this fact unless an interested party is monitoring the transactions of the particular coin.