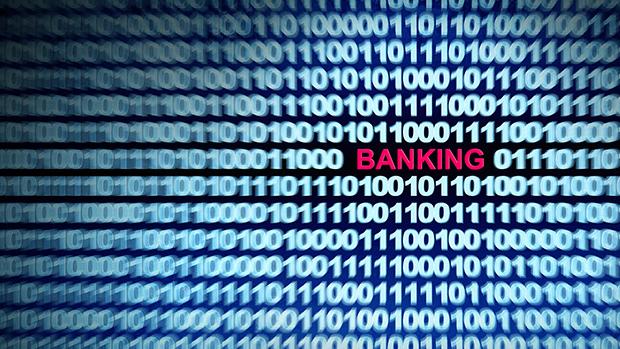 Last month, mainstream media reported on the cyber-attacks to our banking institutions that disrupted business and caused havoc for customers. National Security officials stated that although the attacks have begun to subside, they are remaining vigilant.

A nameless, faceless group of alleged Iranian hackers is being blamed for the attacks to JPMorgan Chase, Bank of America (BoA), Wells Fargo, US Bancorp and Citigroup. Initially, the hacker group claimed they were upset by the 14-minute trailer produced by the US government and distributed by Israeli citizen and FBI informant, Sam Bacile. Now their story is changing and Iran is the culprit behind these attacks.

US intelligence fueled by the Joint Chiefs of Staff’s Intelligence Directorate (J-2) claims that Iran has been focusing on schemes to attack the US using a cyber army to target US financial institutions – although this information is derived from a “highly classified” document.

According to Pentagon analysis, “Iran’s cyber aggression should be viewed as a component, alongside efforts like support for terrorism, to the larger covert war Tehran is waging against the west.”

The cyber threat level of these banks has been raised to “high” by the industry.

Senator Joseph Lieberman was quick to point out that he believed the Iranian government was to blame and that “I don’t believe these were just hackers who were skilled enough … to cause a disruption of the websites … of Bank of America and JP Morgan Chase.”

Lieberman continued: “I think this was done by Iran and the Quds Force, which has its own developing cyber attack capacity,” he continued. “And I believe it was in response to the increasingly strong economic sanctions that the United States and our European allies have put on Iranian financial institutions.” 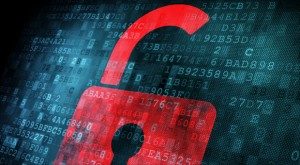 The US cyberattacks have taken advantage of our vulnerability “which is part of why they are doing it,” Lieberman said. “And it’s a warning to us that if we take action against their nuclear weapons development program that they have the capacity to strike back at us.”

Frank J. Cilluffo, director of the Homeland Security Policy Institute, told the House Committee on Homeland Security that “the government of Iran and its terrorist proxies are serious concerns in the cyber context. What Iran may lack in capability, it makes up for in intent. They do not need highly sophisticated capabilities – just intent and cash – as there exists an arms bazaar of cyber weapons, allowing Iran to buy or rent the tools they need or seek.”

Thanks to this rhetoric, the White House is actively pursuing a cybersecurity executive order that would not only usurp Congress but also give the executive branch more over-reaching power to declare law without approval by the citizens of the US.

Confidence in the American banking system is dwindling as the cyber-attacks compound the problem. Keeping the public in the dark about the purpose behind the attacks allows the propaganda surrounding them to become more effective.

A fact that is not reported in the mainstream media readily is that denial of service attacks, as the alleged Islamic cyber army chose to enact, are accomplished without any actual hacking. The ATMs, banking information, and data is not stolen or disturbed. Denial of service attacks is a lockout of the customer from the public banking website.

This means that the attacks were designed to play on the ignorance of the public. Using the Hegelian Dialectic, financial institutions in tandem with the mainstream media blow the actual problem out of proportion, stirring the psyche of the public to believe that the situation was worse than it was.

Why wouldn’t hackers destroy documents or actually disrupt banking transactions? Because the scheme was perpetrated by the banking cartels in conjunction with the White House to not only bring about draconian cybersecurity, but also explain how a false flag concerning our banking system will occur in the near future. 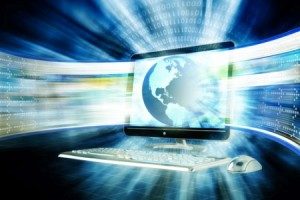 Supporting this fake threat are “experts” like Rodney Joffe, senior vice president of the cybersecurity firm Sterling, who said: “The nature of this attack is sophisticated enough or large enough that even the largest of the financial institutions would find it difficult to defend against.”

This style of propaganda keeps the average American in fear that somewhere in the stratosphere there are Islamic extremists waiting to destroy the US. It is the same fear-mongering that occurred just after 9/11 to gain support for the coming “war on terror” – which never seems to end when the terror is state-sponsored.

Verizon Communications has jumped into the mix to assist in investigations into cyber attacks. Verizon, along with the federal government through the authority of the National Cybersecurity and Communications Integration Center (NCCIC) are perfecting control tools.

The “campaign” seeks to identify the nameless, faceless perpetrators and commandeer their computers. More information is considered classified.

At a recent conference last month called the Cybersecurity Summit, influential members of the cyber-world gathered to discuss how they will implement controls on the internet to stop the Islamic cyber army.

The items up for discussion revolved around building infrastructure that “protect” commerce for public and private institutions with regard to cybersecurity. And with technological advances motivating the market, these think-tankers believe that the executive branch of the government must act before it is too late.

Speaking at the conference were:

The banking institutions have decided to join forces to fight the cyber-attacks, along with the federal government so that technological vulnerabilities are identified and eliminated. Morgan Stanley and Goldman Sachs are discussing converging on a shared data center where secret banking information can be kept under wraps so that hackers cannot steal information as well as sound an alarm when other banks are under attack.

This new network of technocrats will privatize customer banking information in the name of security while allowing the banksters to further hide their questionable dealings. Banks across America will be able to communicate in covert means that will never be released to the general public. The days of banking scandals are over because their network will prevent them from being caught. 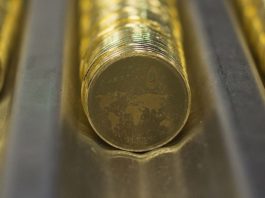 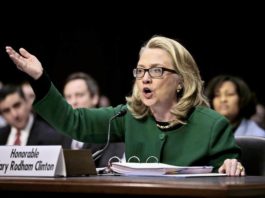 Clinton Continues to Avoid Testifying of Her Involvement in CIA Spy... 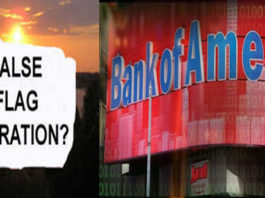