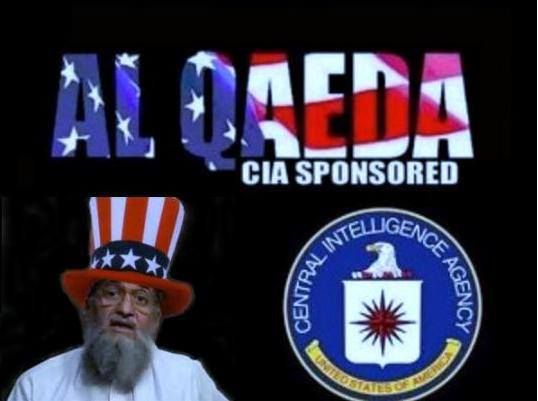 The theater that is the war on terror has reached new heights as the CIA-sponsored Taliban have announced they will focus strategies on high-profile assaults. This plays into the agenda of the global Elite and their puppet world leaders who want the appearance of a problem to facilitate a reaction from the public that will be quelled by their solution.

US Embassies are being threatened as manufactured insurgents continue to cause violent situations that justify the need for US military and NATO forces which are littering the Middle Eastern landscape.

A few days ago, the US State Department directed diplomats at the US Embassy in Beirut to begin destroying “classified materials as a security precaution” in response to the anti-American protests in Lebanon. The State Department admitted that there is no immediate threat to the embassy; however, the embassy staff was told to “reduce classified holdings” in a routine measure.

The game creates a political strife that seemingly swells out of nowhere and uses military tactical training to combat those fake revolutionaries in another transition process that will have little to no impact. The furtherance of US and NATO presence in these nations ensures that assaults and assassinations will continue as the CIA plants called al-Qaeda and the Taliban are used to carry out these false flags.

According to Congressman Dana Rohrabacher, the Taliban is a “construct of the CIA and was armed by the CIA.” Rohrabacher said that the CIA-created Taliban served the US interests against the Russians in Afghanistan and have continued to be used even up-and-to the current presidential administration.

Roharbacher spoke during a House Committee on Foreign Affairs meeting where he named Hillary Clinton, US Secretary of State was part of the ruse that is the Taliban. Clinton’s husband, during his presidency formed the Taliban with the assistance of the Saudi Arabian government and Pakistan.

Selig Harrison, speaking at the Woodrow Wilson International Centre for Scholars held a presentation entitled “Terrorism and Regional Security: Managing the Challenges in Asia.” Harrison said that the “CIA made a historic mistake in encouraging Islamic groups from all over the world to come to Afghanistan.”

In creating the fake Islamic extremist groups and insurgents to be used for the proxy wars the US government wanted to fight subversively, $3 billion was invested into fake revolutionaries like the Taliban.

As the CIA funded and trained the Taliban for false flag operations wherein they would be used to attack key locations and cause havoc in pre-determined regions around the world, the ideology and perception of Islam as a radical religion began to take root.

Hillary Clinton, US Secretary of State has revealed an undisclosed amount of FBI agents have been sent to Libya to “investigate” the planned deaths of US Ambassador J. Christopher Stevens and 3 other embassy employees.

Clinton stated: “The FBI has joined the investigation on the ground in Libya and we will not rest until the people who orchestrated this attack are found and punished.”

This move is a clear intent to cover up their tracks, as it has been noted in public forum by House Representative Mike Rogers that the attack had the hallmark of a state-sponsored false flag.

Across the globe, protests and violent riots are being manufactured involving Islamic nations and beliefs to incite a holy war against Muslims by the global Elite and their controlled-presidents and officials.

In France, a cartoon featuring Muhammad is enough to cause violent reaction and facilitate Muslim leaders to request “calm in the country.”

Germany’s Foreign Minister Guido Westerwelle is demanding that the right to speak freely be cautioned with responsibility as defined by the government to avoid putting “more oil on the fire.”

Here in the US, there is a push to resurrect the idea of “sleeper agents” tied to extremists Islamic militants in the US that could be “awakened”. This assertion has no basis in fact, however the globalist think-tank The RAND Corporation, surmise that between 2009 and 9/11, “the U.S. government reported forty-six incidents of “domestic radicalization and recruitment to jihadist terrorism.” RAND went on to claim that Americans are playing a high level operational role in al-Qaeda and aligned groups.

Globalists point to al-Qaeda as the origination of radicalization as evidenced with Anwar al-Awlaki who was purported to have opportunities to spread violent Islamic ideology in the US. The use of social media sites and evangelical preachers could cause a boon in terrorist groups as explained by counterterrorism experts.

Independent studies find that the incidents of Islamic radicalization have significantly dropped since 9/11 and terrorism has fallen to only 20 cases reported in 2011. Charles Kurzman, author of the report for the Triangle Center on Terrorism and Homeland Security, explained that Muslim Americans are “a miniscule threat to public safety.”