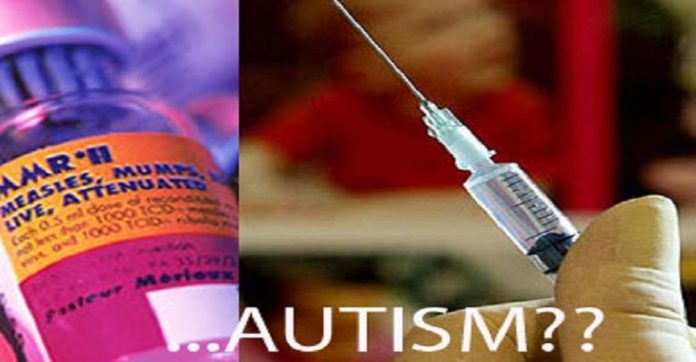 In a vaccine study that was ignored by the Food and Drug Administration (FDA) researchers discovered that when monkeys were injected with the measles-mumps-rubella (MMR) vaccine, they exhibited autistic reactions that mirror those that human children experience.

Laura Hewitson, Ph.D. and lead researcher, studied macaque monkeys that were given the exact same MMR vaccine as children in 1994-1999.

The results entitled “Influence of pediatric vaccines on amygdala growth and opioid ligand binding in rhesus macaque infants: A pilot study” were published in Acta Neurobiological Experiments in 2010. This vaccine has the mercury-based preservative Thimerosal.

Hewitson discovered that: “Vaccine-exposed and saline-injected control infants [monkeys] underwent MRI and PET imaging at approximately 4 and 6 months of age, representing two specific timeframes within the vaccination schedule . . . These results suggest that maturational changes in amygdala volume and the binding capacity of [11C]DPN in the amygdala was significantly altered in infant macaques receiving the vaccine schedule.”

The research paper documented that there were significant biological changes and altered behaviors that occurred in the vaccinated monkeys that were identical to children diagnosed with ASD (autism).

The unvaccinated monkey exhibited no changes or symptoms whatsoever.

These monkeys manifested gastrointestinal problems as is also found in children suffering from ASD.

Dr. Bernadine Healy, who has read this study by Hewitson but did not participate in the research, made these remarks concerning the findings: “I think public health officials have been too quick to dismiss the hypothesis as ‘irrational,’ without sufficient studies of causation…without studying the population that got sick . . . I have not seen major studies that focus on 300 kids who got autistic symptoms within a period of a few weeks of the vaccines.”

Burton said in a letter to The Hill’s Congress Blog entitled “It’s time to re-engage one the autism epidemic”, that he endeavors to pass legislation to force Obama to address the ASD epidemic.