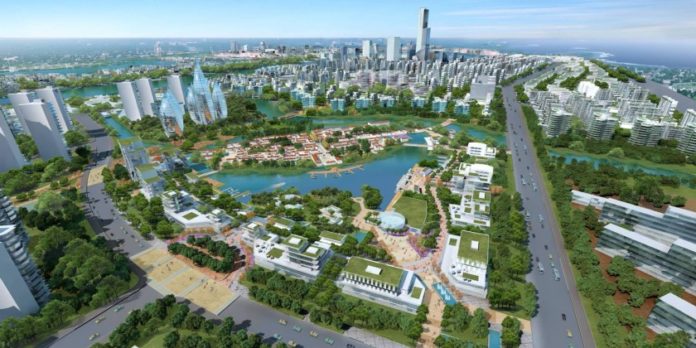 The globalist march toward Agenda 21 includes the demonization of population growth and our current urban cities. As if there were a correlation between social upheaval and the explosion of urbanization, the propaganda abounds creating villains out of those who fight against eminent domain, the right to live in sprawling rural areas and retain their farmlands.

The UN Population Fund (UNPF) calls for a global population reduction by use of family planning which is code for population stabilization to decrease fertility rates.

A new study published claims that as urbanization continues, there will be a decline of biodiversity and the man-made impact on global warming will increase.

Globalist-supported scientists are suggesting that humanity would be better off living in densely populated centers. “We certainly don’t want them strolling about the entire countryside. We want them to save land for nature by living closely [together].”

Urban areas are expected to expand by 1.2 million square miles by 2030.

American cities in Virginia, Ohio, Florida, and many others are beginning to invest in controlled environments, i.e. megacities, where private cars will be banned, transit centers link high speed light rail systems, and controls over food distribution, energy use and water allocation is overseen by governmental agencies.

Other efforts by supporters of Agenda 21 are transforming our towns into eco-communities that adhere to UN mandates against the production of CO2 to the determinant of freedom and innovation.

Karen Seto, lead author and professor of urban environment at the globalist-controlled Yale University, decries against urbanization and the migration of people as the eco-systems of the earth are devastated. Seto believes that unless this human population and urbanization is stopped, by 2030, there will be an increase of 3 to 5% of global land used to house humans. And this is unacceptable because of the “huge impact on biodiversity hotspots and on carbon emissions in those urban areas.”

Back in July, New York Mayor Michael Bloomberg announced the construction of 275 to 300 ft micro-apartments in Kips Bay in a beta-test to coerce New Yorkers into living in tight-knit, purposefully dense areas to alter the psychological landscape toward conversation globalist style.

One of the nations on the global Elite’s destruction list is in Asia. China will dominate the need for urbanization as their population advances.

Humans are now being compared to invasive species that commandeer territory, disburse indigenous wildlife and destroy the planet in the process.

The move out of rural areas and densification of urbanized centers is being pushed in the American mainstream media as the answer to the devastating effects of humans on the environment. The elimination of suburban areas as compact cities become inundated with more people, there is a need to reinvent these centers to accommodate these swelling numbers. 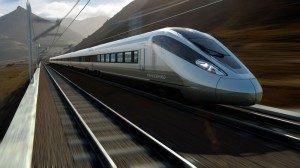 In America there is a boom involving the building of light rail systems funded by the US government which will become the mode of transportation once the mega-cities are created.

America 2050 envisions high speed railways built along the east and west coasts of America. These railways will link the megaregions and megacities which create Cascadia; an amalgamation of Seattle, Portland, and Vancouver, British Columbia with a high speed rail will ensure the protection of designated habitats for animals.

In 2010, experts were asserting the greater importance of urban populations against those in rural areas as it has been the plan of the global Elite to reduce rural resources including people and communities in lieu of promoting clean water, food, forest areas. Keeping rural areas impoverished and forcing people to move into urban centers has created a need for sustainable urbanization, say the eco-fascists.

Yale researchers assert that in America “78 percent of the population already lives in urban or suburban areas, urban land cover is expected to double by 2030” and with infrastructure investments, current urbanization rates are unsustainable.

More rhetoric designed to coerce the public into subscribing to the mythological belief in man-made global warming resides in a new pseudo-scientific word created by eco-terrorists: telecoupling. This is the ideology was invented by Jack Lin, director at the Human-Nature Lab/Center for Systems Integration and Sustainability at Michigan State University. Lin explains that telecoupling describes distances between human and natural systems concerning globalization. As urbanization continues, deforestation follows, and the draw on natural resources increases unto the devastation of the planet.

Deforestation, pollution and industry in developing nations are the main perpetrator of telecoupling, according to Lin who said: “There are new and faster ways of connecting the whole planet — from big events like earthquakes and floods to tourism, trade, migration, pollution, climate change, flows of information and financial capital, and invasion of animal and plant species.”

Telecoupling, a new propaganda message of the believers in man-made climate change, decry the preservation of the natural world to the detriment of human sustainability.

In Canada, UN Biodiversity agendas define environmental laws. For the sake of eco-preservation, human movement is being severely restricted. Two years ago, the UN’s International Year of Biodiversity saw the implementation of environmental governance mirroring the UN’s agendas in Canada in the name of wildlife protection and foreseeable risks to biodiversity from the human population in Canada. 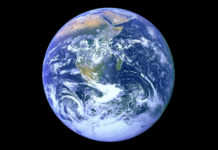 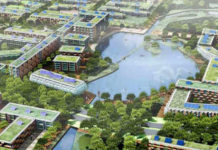 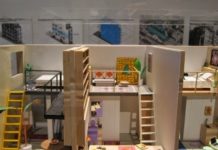