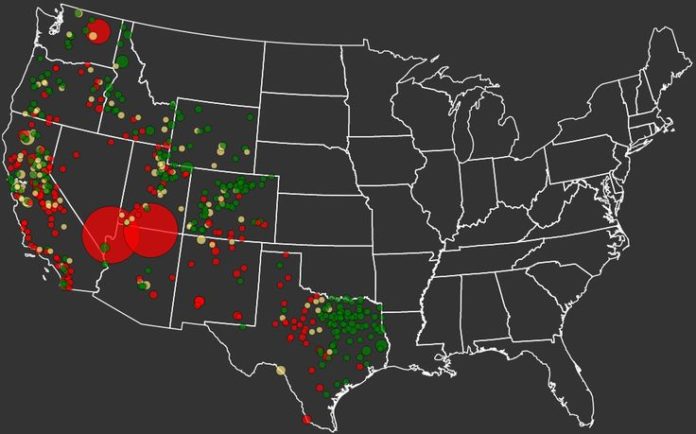 Last month, the US House of Representatives passed HR 6566 which is an amendment of theHomeland Security Act of 2002 that imbues the Administrator of the Federal Emergency Management Agency (FEMA) “to provide guidance and coordination for mass fatality planning, and for other purposes.”

In the anticipated event of a “mass fatality”, coordination and planning must be forefront of FEMA with the assistance of the Department of Homeland Security (DHS) as referred by the Committee on Transportation and Infrastructure (CTI). In the event that the Executive Branch or Congress declares a mass disaster caused by nature, a domestic terrorist attack, or any other man-made catastrophe, there must be a national plan to prepare for and respond to the incident.

Elected officials assume that in such an event, funeral homes, cemeteries and mortuaries would be overwhelmed should millions of Americans suddenly die in a tragic event. There must also be allowances for survivors of such an event.

Representatives from local and state governments must coordinate with federal agencies, private sector businesses, non-profit organizations and appropriate individuals to prepare and respond to an incident wherein mass casualties occur.

Recently, FEMA graduated their inaugural class of 231 FEMA Corps members trained in future disaster preparedness whether state-sponsored or natural. These intiates will be the leaders of the FEMA Center for Domestic Preparedness will be assigned specific roles across the nation from community relations to Disaster Recovery Center support.

The DHS and Simon Properties have collaborated on the See Something, Say Something campaign, but also may have a sinister agenda. DHS has created relationships with representatives with Major League Baseball, Major League Soccer, National Basketball Association, National Hockey League, and National Football League.

Janet Napolitano, Secretary of DHS explains that “we’re all safer when everyone is alert and engaged” and she wants the American public to spy on each other because our continued safety is “a shared responsibility”.

The DHS has been amassing an estimated 1.8 billion rounds of hollow point bullets through their agency; as well as the Social Security Office, the National Oceanic and Atmospheric Association (NOAA), and the US Forest Service and other federal agencies. These solicitations have spawned great debate as to who the US government intends to shoot.

The DHS has also recently solicited for 1,400 pounds of high density ammonium nitrate and A-5 Flake RDX that will build improvised explosive devices (IEDs) without explanation as to why they would require the exact ingredients to manufacture a fertilizer bomb.

According to a 2004 report from the DHS entitled Characteristics and Common Vulnerabilities Infrastructure Category: Shopping Malls, states that every mall in America is a “soft target” which could be used by terrorists to “cause economic damage, inflict casualties and instill fear.”

DHS specifies that among other types of security breaches, explosives (such as a car bomb or suicide bomber) tops their list of potential “threats of concern” regarding shopping malls.

FEMA coffins, purchased by the federal agency and stacked on acres of land all over the nation, have been patented as multi-functional cremation containers for dead bodies.

These containers, being part of a plant wherein a massive fatality would occur, the deceased could be easily transported in these coffins on FEMA trains to FEMA camps where incinerators are reported to have been installed.

Situated close to the FEMA regional headquarters in Atlanta are an estimated 500,000 FEMA coffins stacked across a large acreage of land. Locals have reported that the Center for Disease Control and Prevention (CDC) in collaboration with the World Health Organization (WHO) own these coffins in Atlanta, Georgia.

WHO, the CDC, FEMA and the DHS are preparing for mass casualties due to a deployment of an engineered bioweapon that would claim so many American lives that there would be an overwhelming need for forced vaccinations.

Overseen by the US Department of Defense (DoD) under the Transformational Medical Technologies program (TMT) of the Defense Threat Reduction Agency and the National Institutes of Health (NIH) have spent millions of dollars conducting scientific research into the Ebola virus, its potential for being turned into a bio-weapon and certain vaccine efforts through two drug corporations, Massachusetts-based Sarepta Therapeutics and Tekmira Pharmaceuticals of Canada.

The TMT creates relationships with private sector biotech firms, pharmaceutical corporations and academic institutions, as well as other government agencies to advance biological warfare, research viral and biological weapons and estimate threat levels of all biological agents based on ability to infect and effectiveness of devastation.

The DoD suddenly stopped funding Ebola vaccine research through these two corporations due to financial constraints. With the sporadic nature of Ebola outbreaks, combined with the absolute deadly nature of the virus makes it a hard sell to large pharmaceutical corporations because it “isn’t a huge customer base and big pharma is obviously interested in big profits. So these niche products which are important for biodefense are really driven by small companies,” according to Larry Zeitlin, president of Mapp Biopharmaceuticals, who is developing therapies to combat Ebola.

To infect a large amount of people (like the population of a large US city) with a bio-weapon like the Ebola virus, drones could be used to spray over-head with ease. Because of the immediacy of infection, the population of cities affect would experience a dramatic reduction nearly instantly. In fact, it would take nearly a week for officials to even respond to this type of pandemic and by that time, thousands of Americans would have succumbed to the Ebola virus.

According to a DHS solicitation for “participation in the Robotic Aircraft for Public Safety (RAPS) project from the small unmanned aerial systems (SUAS) for transition to its customers” the hidden agenda was in their unmanned aerial vehicles (UAVs) that were acquired in 2007 for the purpose of spying on American citizens.

Considering that DHS is working with UVA manufacturing and technological development corporations with the possible intent to manifest weaponry that would be fully capable of disbursing chemical or biological weapons over the heads of the American public since 2011, there is a serious need for concern about just what their actual intentions are.

The effective mortality rate of the Ebola virus, it is the perfect bio-weapon. And if combined with the recent implementation of drones in US skies, could this be a combination we should be concerned about?

Our elected officials on Capitol Hill have amended the Homeland Security Act of 2002 to provide for “guidance and coordination for mass fatality planning, and for other purposes.”
It appears that we should be concerned.