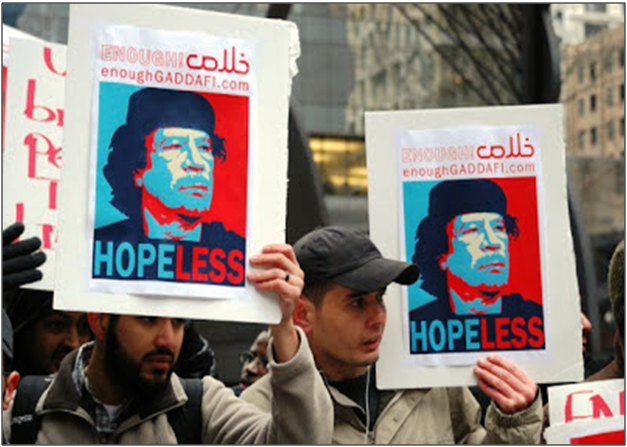 Mainstream media reports riot in the streets of Iran because of a crumbling economy. Hundreds of police disbursed groups that formed, firing tear gas into the crowds.

This is the first instance of public unrest over the declining Iranian currency and has the hallmarks of being a synthetic revolt.

The pressure placed on Iran by the US and Zionist interests is causing massive suffering on the part of Iranian citizens. This has limited Iran’s ability to sell oil. The Iranian rial has lost 18% of its worth and still plummeting. Trading has nearly completely been halted, according to trading houses.

Anoush Ehteshami, professor of international relations at Durham University in the U.K, states that: “The fact that there are street protests was in many ways inevitable given that the Iranians are essentially living in a pressure cooker. The protest also reflects the lack of confidence in the elite’s ability to sort things out. People are also aware of tensions at the highest level of the state and you put these things together and they want at the very least to show their anger.”

Concerning Iran, AIPAC coerced the US Congress to impose stricter sanctions on Iran with HR 1905 and the desire to inspire the revolution of Iranian citizens against their government.

Rumors of Iranian President Mahmoud Ahmadinejad being unfit to guide the Islamic nation are beginning to circulate. Meanwhile, protesters are beginning to surface in a curious way – nearly just as the US-sponsored Free Syrian Army (FSA) suddenly developed.

Victoria Nuland, US State Department spokesperson states that the protests are expanding and this means “the Iranian people are demanding better from their government and speaking out against the gross mismanagement of the economy and the situation in the country.” Nuland remarked that the US government is “watching the situation very closely.”

Ahmadinejad maintains that there is a psychological war being played in Iran by the US and Zionist-controlled Israel. He said, “sanctions hurt the people, not the government.” There is a clear and present danger for the people of Iran to be forced into revolt because of the pressure these sanctions causes. Lack of access to basic necessities can cause an uprising.

As Patrick Clawson, deputy director of the Washington Institute for Near East Policy and Zionist Trotskyite explained recently that Obama has had a difficult time “getting the US into a war with Iran.”

The manufactured Arab Spring may have finally come to call on Iran. During the riots, boxes and garbage bins were used to start fires in the streets. Suspicious people who were not from the area were spotted by local merchants. These strangers happened to be involved in the protests. This protest, armed with signs and memorized chants, crying “Death to this deceiving government,” and “Mahmoud, shame on you, leave politics,” that had the air of being well-orchestrated, according to observers of the disturbances.

An estimated 150 people were arrested according to oppositional websites that have recently popped up. The protesters had a strange request – for the Iranian government to leave Syria alone and “think of us”.

Iran’s Supreme Leader Ayatollah Ali Khamenei publicly stated that “Iranian people will never bow to these pressures and this is why our enemies are so angry.” The Iranian government is well aware that these protests are manufactured and meant t cause an uprising in lieu of a proxy war; just as the US has orchestrated in Syria which has nearly broken the country and murdered thousands of innocent Syrians.

In America, that the export of revolution is a philosophy of the neo-conservatist ideal that declares that “civil society should be directed and regulated by the all-powerful state (in both its political and economic domains).” Neocons adhere to the Communist-based Trotskyism and Stalinism philosophy that the domination of the state in society and the symbol of the head (as realized by the President) is as the royal decree that their power to rule is divinely imbued.

The Trotskyite ideal of “export of revolution” is manifest in the manufactured uprisings we have seen across the globe. Each one has served the purpose of toppling governments to allow the US government to install pasties who will serve US interests in their region.

Ahmadinejad revealed that 22 “ringleaders” of personnel within the government have been recognized as agitators who are “causing tensions and manipulating currency.” He explained that with “one phone call” these infiltrators can “manipulate foreign exchange trades in Iran.” Ahmadinejad has ordered the arrest of these plants who are “disturbing the currency market.”

The Iranian President asked that his people not “change your money into foreign currency” because this only assists the enslavement of the Iranians at the hands of the Zionist-controlled banking cartels who rely on the US dollar to remain the global reserve currency.

Jay Carney, White House spokesperson remarked that Iran’s economy is “fast-deteriorating” that has caused food prices to spike. The US Treasury assumes that Iran’s foreign earnings have lost $5 billion a month because of the sanctions imposed by the US. Carney explains: “Direct negotiation is possible but needs conditions, and I do not think the conditions are there for talks. Dialogue should be based on fairness and mutual respect. I think that this situation cannot last in the relations between Iran and the United States.”

Surprisingly, Israeli Prime Minister Benjamin Netanyahu is travelling Europe with a message of refocus toward sanctioning Iran before pursuing military strike. Netanyahu retorted that he believes that Iran will not back down and by pursuing sanctions, This will give more time for diplomacy to convince Iran to dismantle its nuclear weapons program altogether.”

The combination of strict sanctions which devastate the Iranian population, combined with suspicious strangers agitating situations with the intent to cause riots is the perfect platform to create a manufactured Arab Spring in Iran. It worked very well in Egypt. The Zionist-puppet Obama was able to place the Muslim Brotherhood operative Mohamoud Morsi into the presidency without a hitch after devastating the Egyptians with manufactured terror of uprisings and planted agitators. The cry for stability facilitated the entrance of Morsi into power.

This scheme is being reproduced across the globe under the guise of grassroots efforts which are state-sponsored and completely controlled by Zionist interests. The sudden emergence of protests in Iran is the first pangs of fake revolution in the region with the expressed purpose of toppling the Iranian government. Ahmedinejad has already called this plot out. The sovereign nations of the Middle East are quite aware of how the Zionist-controlled puppets manipulate their nations, causing synthetic havoc, economic instability and rattle their governing bodies. This is a tactic of the forced-regime change phenomenon.