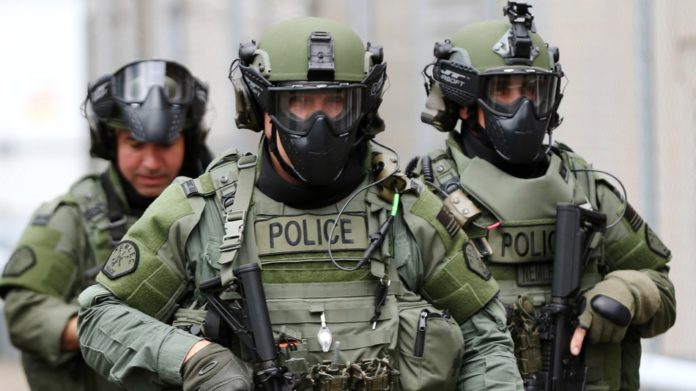 House Representative Hank Johnson has brought the Stop Militarizing Law Enforcement Act (SMLE) back for consideration because it would prevent the local police departments nationwide from obtaining military-grade equipment from the Department of Defense (DoD).

SMLE would prohibit the DoD from giving local law enforcement:

According to Stewart’s press release: “In recent years, numerous federal regulatory agencies – including the National Oceanic and Atmospheric Administration (NOAA), the Food and Drug Agency (FDA) and the Department of Education (DoE) – have created their own special law enforcement teams to conduct their own arrests and raids. This is in part a product of the 2002 Homeland Security Act, which gave most Offices of Inspector General (OIG) arrest and firearm authority.”

RAD repeals:
• The OIG’s authority to “arrest and firearm authority”
• Demands the OIG publish “a complete report detailing all federal agencies, including OIG, with specialized units that receive special tactical or military-style training and that respond to high-risk situations that fall outside the capabilities of regular law enforcement officers”
• Stops federal agencies “from purchasing machine guns, grenades, and other weaponry regulated under the National Firearms Act ”

With authority from the Federal Law Enforcement Support Office (LESO) 1033 Program, local law enforcement has received military grade weapons and technology all across the nation.

In 2012, the Office for State and Local Law Enforcement (OSLLE), for the US Department of Homeland Security (DHS) collaborated to “lead the coordination of DHS-wide policies relating to state, local, and tribal law enforcement’s role in preventing acts of terrorism and to serve as the primary liaison between non-Federal law enforcement agencies across the country and the Department.”

Intelligence is disseminated through OSLLE to LPDs or “non-Federal law enforcement partners” to keep information flowing through initiatives such as the “If You See Something, Say Something™”, the Blue Campaign, the Nationwide Suspicious Activity Reporting (SAR) Initiative (NSI), and the Department’s efforts in Countering Violent Extremism.

OSLLE consistently works with LPDs on education, actionable information, operations and intelligence for the purpose of their part in the operations of the DHS with regard to keeping “our homeland safe”.

OSLLE also works as a liaison between LPDs to maintain DHS leadership and considerations of “issues, concerns, and requirements of state, local, and tribal law enforcement during budget, grant, and policy development processes.”

Three years ago a government document entitled “Empowering Local Partners to Prevent Violent Extremism in the United States” detailed a “comprehensive strategy” to counter the influence of al-Qaeda is being championed by the DHS with digital information sharing and coordinating intelligence with local law enforcement to thwart terrorist plots and “save many American lives”.

DHS is successful in their relationship with local police departments all across the nation because they are contracted private security firms (or hired armed guards) that are placed in a city or town to secure the population and generate revenue for the local government. 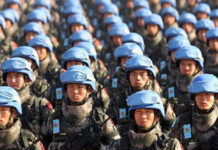