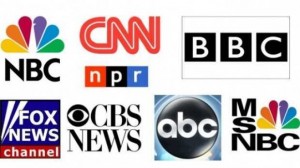 The US government has unbound the legal regulations against using propaganda against foreign audiences and American citizens. The intention is to sway public opinion by using television, radio, newspapers, and social media targeting the American and foreign people in controlled psy-ops.

These laws made propaganda used to influence foreigners and US citizens illegal. Without these laws, disinformation could run rampant throughout our information junkets.

This amendment added to the NDAA has passed into implementation as of this month.

SMA defines the prohibition of domestic access to influence information through a variety of means, from broadcast to publishing of books, media, and online sources by restricting the State Department.

The Broadcasting Board of Governors was created from SMA. This agency claims to “inform, engage, and connect people around the world in support of freedom and democracy”. They omit that their specialty is making sure propaganda is added to the informational flow we all depend on.

The amendment sanctions the US government, without restriction, the use of any mode of message to control how we perceive our world.

As of now, the level of propaganda in the mainstream media (MSM) is quite high, with all of our television, printed media and internet sites associated with MSM owned by only 5 corporations.

Without these laws, the lies purveyed as truth to foreigners would find their way to our doorsteps as a purposeful operation enacted by our government. And in the name of national security, the US government could, and probably would, disseminate misinformation to gain public support for otherwise decidedly deplorable actions.

Sec. 501. (a) The Secretary and the Broadcasting Board of Governors are authorized to use funds appropriated or otherwise made available for public diplomacy information programs to provide for the preparation, dissemination, and use of information intended for foreign audiences abroad about the United States, its people, and its policies, through press, publications, radio, motion pictures, the Internet, and other information media, including social media, and through information centers, instructors, and other direct or indirect means of communication.

(b)(1) Except as provided in paragraph (2), the Secretary and the Broadcasting Board of Governors may, upon request and reimbursement of the reasonable costs incurred in fulfilling such a request, make available, in the United States, motion pictures, films, video, audio, and other materials prepared for dissemination abroad or disseminated abroad.

According to Michael Hastings: “The new law would give sweeping powers to the State Department and Pentagon to push television, radio, newspaper, and social media onto the U.S. public. “It removes the protection for Americans,” says a Pentagon official who is concerned about the law. “It removes oversight from the people who want to put out this information. There are no checks and balances. No one knows if the information is accurate, partially accurate, or entirely false.”

Representatives Mac Thornberry (R-TX) and Adam Smith (D-WA) in the Smith-Mundt Modernization Act (2012) (H.R. 5736), advocate that it is time to liberate the authority of the US government to broadcast American produced foreign propaganda in the U.S.

The amendment, which was hidden within the NDAA, has remained relatively unnoticed. However, it empowers the State Department and Pentagon to utilize all forms of media against the American public for the sake of coercing US citizens to believe whatever version of the truth the US government wants them to believe.

All oversight is removed by Amendment 114. Regardless of whether the information disseminated is truthful, partially truthful or completely false bears no weight.

Thornberry believes that with the use of the internet by terrorist groups like al-Qaeda, the federal government needs to have the freedom to circulate their own propaganda to combat terrorism effectively.

“I just don’t want to see something this significant – whatever the pros and cons – go through without anyone noticing,” says one source on the Hill, who is disturbed by the law. According to this source, the law would allow “U.S. propaganda intended to influence foreign audiences to be used on the domestic population.”

Four billion dollars per year is spent by the Pentagon on propaganda aimed at the American public; as well as $202 million spent by the Department of Defense on misinformation operations in Iraq and Afghanistan in 2011.

A California corporation is working with the US Central Command (CENTCOM) in spreading propaganda overseas. They provide “online persona management service” that allows active duty military to set up an estimated 10 different false identities that are used worldwide.

Each fake persona comes complete with a background history and safeties to prevent “sophisticated adversaries” from discovering the lie.

US Army whistleblower, Lieutenant Col. Daniel Davis believes there is a definitive aspiration within the US government “to enable Public Affairs officers to influence American public opinion when they deem it necessary to “protect a key friendly center of gravity, to wit US national will.”

Edward Bernays would be proud. 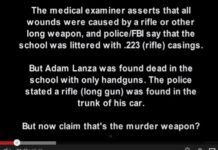