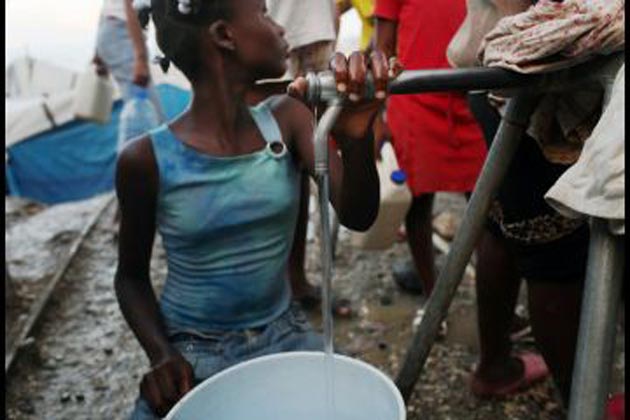 International scientists have concluded that the UN is responsible for the cholera outbreak that occurred in Haiti in 2010 that killed more than 8,000 residents and sickened an estimated 650,000.

In a Federal District Court in Manhattan, a billion dollar suit was filed to force the UN to compensate the victims because of the use of a bioweapon in Haiti.

Prime Minister of Haiti, Laurent Lamothe, said that the UN has a “moral responsibility” with regard to the outbreak and that their efforts to assist the Haitian people was “far from sufficient.”

Beatrice Lindstrom, spokesperson for the Institute for Justice and Democracy (IJD) explained that her firm prepared the lawsuit with information provided by 5 families of victims.
Lindstrom said: “We are asking for the judge to find the United Nations liable. It has violated its legal obligations through reckless actions that brought cholera to Haiti.”

The suit was filed in a New York court to claim jurisdiction over the UN because their headquarters are in the same city.

Evidence loomed over head that pointed to a military installation headed by the UN as the originator of the epidemic.
The UN Stabilization Mission in Haiti (UNSMH) was sent to the country in 2004 with 8,700 soldiers and police officers from various member states.

Studies published have proven that there was a forensic link to the cholera and the sewage system at the Nepalese peacekeeper base erected by the UNSMH.

This was furthered by the fact that sewage that leaked from the UN camp into a nearby river was more dumping of tainted water was hidden in an open pit that allowed the disease to seep into the groundwater in Haiti.

Edward Ryan, former president of the American Society of Tropical Medicine and Health (ASTMH) said: “The biggest national cholera outbreak in modern times is still not under control, and it’s happening right on America’s doorstep.”

Cholera can be an effective bioweapon, when mixed into the local water supply, as was done in Haiti.

Simply consuming water tainted with the disease will cause symptoms such as:

In an internal investigation, the UN determined that no one person or group could be held responsible for the outbreak; however, it is clear now that the UN military camp was the place where the cholera originated.

Initial responses from the UN claim that they cannot be sued due to diplomatic immunity. The international body also fervently denies involvement in the release of cholera into the Haitian water supply.

Martin Nesirky, spokesman for Ban Ki-moon, UN Secretary-General, said that the UN “expresses his profound sympathy for the terrible suffering caused by the cholera epidemic”, yet the UN asserted they will not pay compensation to the victim’s families for their loss.

Nesirky said that he “advised the claimants representatives that claims are not receivable pursuant to section 29 of the Convention on the Privileges and Immunities of the United Nations.”

Ban said he has “profound sympathy for the terrible suffering caused by the cholera epidemic” and called “on partners in Haiti and the international community to work together to ensure better health and a better future for the people of Haiti.”

The UN has unintended plans to improve Haiti’s sanitation system in an empty promise that has not come to fruition. So far, the UN has collected $2.2 billion for the project they have not started.