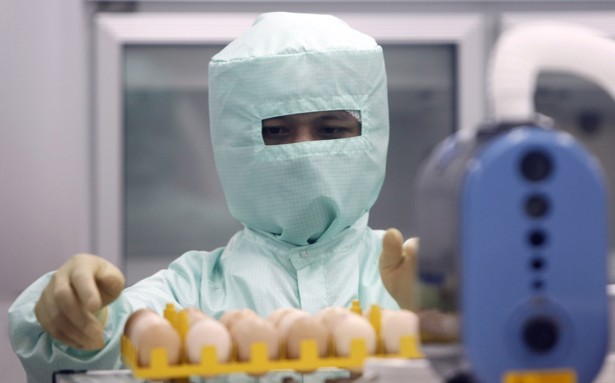 There have been 11 reported cases of the new race-specific engineered SARS-like virus since it was first reported in Qatar, Saudi Arabia. Victims from Pakistan and Jordan have also contracted the bioweapon.

Doctors are observing a pattern of transmission that leads to the belief that this new SARS is person-to-person transmissible. Infections can transfer from human contact with animals; however, a direct contractual threat to humans must be taken seriously.

The new SARS is still a “mystery” to the medical community. The World Health Organization (WHO) reported in 2012 that there were reoccurring cases emerging from the same Saudi Arabian family. Gregory Hartel, spokesman for WHO said: “We know that in some of those cases there was close physical contact between family members caring for one another, so we can’t rule out human-to-human transmission.”

WHO is pushing for worldwide testing of anyone who exhibits signs of an unexplainable pneumonia.

John Watson, John Watson, head of the respiratory diseases department at Britain’s Health Protection Agency (HPA), maintains that the success of this virus is now because “we would have expected to have seen a larger number of cases.”

Michael Osterholm, infectious disease expert for the University of Minnesota explained that the new SARS may be adapting into a more transmissible form. “At any moment the fire hydrant of human-to-human transmission cases could open. This is definitely a ‘stay tuned’ moment.”

The first record occurrence of this new SARS was found in Qatar. The victim of this bio-weapon was transferred to a hospital in the UK for controlled monitoring and samples were submitted to the HPA for further laboratory testing. HPA confirmed that this never-before-seen coronavirus was structurally similar to SARS.

The HPA asserted that there is no immediate “cause for concern” however they admit that “this new virus … is different from any that have previously been identified in humans.”

A Saudi-born woman also has died from the new SARS which has been overtaken and investigated by the UK health authorities.

According to the Centers for Disease Control and Prevention (CDC), SARS suddenly appeared between November 2002 and July 2003. An estimated 8,098 people of Asian descent were infected and 774 of them succumbed to the race-specific virus.

SARS, being a respiratory illness, was able to “seed” and spread quite quickly from China to Hong Kong beginning with Carlo Urbani, who discovered the strange virus and later died from it.

Dr. William Schaffner, chairman of preventative medicine at Vanderbilt University, explained: “It took the outbreak in Hong Kong and subsequent spread to bring that to our attention. The surveillance for viruses that cause disease, particularly respiratory viruses, has improved enormously over the last 10 years worldwide. What happened here demonstrates that.”

The original SARS was clearly a genetically created bioweapon. It had spliced elements of human, cow and mouse viruses which is not possible in nature. Coronaviruses do not jump species – like infecting animals and spreading to humans.

Another tell-tale sign is that the original SARS did not match any known virus. At first, officials claimed it was an A virus, then a B virus.

Covert operations conducted by Zionist regime in Israel include the Israeli-sponsored bioweapon called the new SARS. This virus is race-specific, genetically engineered to attack those of Arab descent, and the brainchild of the Israeli and British governments.

WHO previously released an alert to doctors concerning a new SARS virus that appears to be race-specific – attacking individuals of Arab descent.

In Saudi Arabia, the area known as Mecca and the heart of Islam is flooded with an estimated 2 million people on the Haij, or pilgrimage to Mecca. The spread of this Arab-specific SARS would devastate these Islamic people. The Saudi government is requiring vaccinations for those on the Haij which commences on September 27th through October 24th.

The original SARS was clearly a genetically created bioweapon. It had spliced elements of human, cow and mouse viruses which is not possible in nature.

The Zionist-controlled Israeli government has been trying to identify specific genes carried by human of Arab descent in order to create a race-specific bioweapon that would covertly be exposed to Arab populations in order to commit a massive ethnic cleansing. Anonymous Israeli and US intelligence sources claimed that a genetically modified bacterium/virus was being developed as a bio-weapon that could be spread through the air or water supply.

The focus would be certain Arab communities. Dedi Zucker, Israeli parliament member explained: “Morally, based on our history, and our tradition and our experience, such a weapon is monstrous and should be denied.”

Israeli Defense, working with a British defense facility at Porton Down asserts that this race-specific bio-weapon is possible.

Further experiments into biological weapons specifically tailored to attack Arabs were conducted in a secret Israeli program at the Institute for Biological Research (IBR) in Nes Tsiona, Tel Aviv. This location houses clandestine chemical and biological weapons as well as scientists that specialize in genetic engineering of deadly micro-organisms that only attack specified genes in humans.

Israeli scientists have successfully identified the genetic profile of Arab communities with an emphasis on those of Iraqi descent. The plan is to plant a virus or bacteria in the local water supply or spray it in the air.

The British Medical Association became interested in the Israeli endeavors to create an Arab-specific virus as a form of warfare that could be devastating in a more effective way than conventional means. According to Britain’s Biological Defense Ministry, “We have reached a point now where there is an obvious need for an international convention to control biological weapons.”

The Zionist-controlled Israeli government has also sanctioned the use of secret laboratories where four human subjects were killed and 25 wounded in a mysterious explosion at the Biological Institute. This was admitted by a media advisor for Zionist-puppet and Israeli Prime Minister Benjamin Netanyahu.

In the name of self-defense, former Israeli Prime Minister Ariel Sharon explained that: “Israel reserves its right to repel any possible Iraqi attack.” Sharon also alluded to the ability of Israel to deploy biological weapons when he confirmed that “Israeli knows how to prevent being attacked.”

US Army Command and General Staff College at Fort Leavenworth, Kansas published information in a journal intended for military personnel called Ethnic Specific Weapons, wherein the history, desirability and possibilities of biological weapons tailored for specific races of human could be genetically engineered to defend a nation against attack.

Carl A. Larson, head of the Department of Human Genetics at the Institute of Genetics in Sweden, states that the human body reacts to interactions with enzymes. If those enzymes can block interaction, they could cause paralysis and eventual asphyxiation.

The enzyme-blocking action of compounds called organophosphates was discovered in Germany in the 1930’s which was mass produced under the name trilon and was used to exterminate massive amounts of people during the Nazi occupation in Germany. This substance later became what we know as nerve gas.