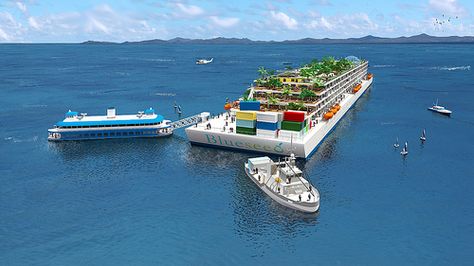 Blueseed is a San Francisco startup corporations that plans to launch a floating city 12 nautical miles off the coast of California.Blueseed will revamp a cruise ship or barge to create the off-shore city. It will sit in international waters and be a metropolis where foreign and American workers can conduct business and theorize new corporations without the pesky need for American work visas.

The sustainable design of the ship will allow for an environmentally-friendly workplace.

Only passports will be needed for businesses to work on the ship. Being situated in international waters means that no taxes will be collected or have to be paid by the corporations involved.

Those living on the ship and working on the mainland will be given temporary or tourist visas through investors, partners and collaborators.

Sitting just across from Silicon Valley, this floating city will allow entrepreneurs to do what they cannot do in the US because of business restrictions. 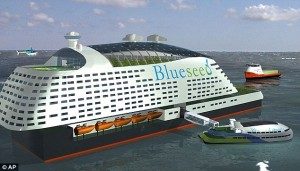 The ship will showcase all the luxuries of the Elite, including pools, massage parlors, gyms, rock climbing walls and indoor soccer fields as well as trendy food and other aesthetics. Food and supplies will be provided by local merchants and corporations on the West coast.

Employees can use either a ferry or helicopter ride to and from Blueseed to the mainland. With more than 250 corporations wanting to rent space, the cost of a standard cabin is estimated to be $1,600 per month. Start-ups in the US, India, the UK, Australia, Canada and Spain are eager to be part of this endeavor.

Founders of Blueseed are Marty Max, the son of Cuban immigrants, and Dario Mutabdzja are gaining momentum in the corporate world for their idea.

Peter Thiel, founder of PayPal is leading the financial research in supporting this seastead; a self-ruling city on the ocean. Both Max and Mutabdzja have worked for the Seasteading Institute.

Libretarian activist, member of the Bilderberg Group and corporate titan, Peter Thiel has contributed $1.25 million to the floating city project. Political influence in the Libretarian party ends with Thiel who was the biggest campaign contributor to Ron Paul, an influential collaborator who was in secret meetings with Rand Paul just before he publicly endorsed Mitt Romney and in a private conference with Ron Paul 3 days prior to his announcement that he was ending his campaign for US President.

Blueseed is a concept for “new sovereign nations built on oil-rig-type platforms anchored in international waters — free from the regulation, laws, and moral suasion of any landlocked country. . . They’d be small city-states at first, although the aim is to have tens of millions of seasteading residents by 2050.”

Other members of the Libretarian movement are in full support of Theil. The fake revolution established by the ideals cry anti-government sentiment for the ignorant masses while also promoting their self-proclaimed rise to power. Just as any political party controlled by the global Elite, Libretarians have escaped comparison to their socialist peers – the Democrats and Republicans.

Theil, heading the offshore gang of nation-states may reflect the invention of a radical movement toward publicly establishing the global Elite as supreme rule. By rewriting political systems with the advent of floating cities, these independent nations could be allowed to “offer people the opportunity to peacefully test new ideas about how to live together.”

The International Tribunal of LOST (ITLOS) which has binding authority over all treaty participants under Annex 8. Although there are many tribunals created within the treaty, one of particular interest is the Special Arbitral Tribunal (SAT). This is defined as a 5 person body with majority rule. Each party to a dispute within SAT chooses 2 representative panelists. The fifth panelist, if both parties cannot agree to who it should be, is decided by the UN Secretary General.

Should seasteading become the norm, LOST would be relevant and applicable regardless of its ratification in the US Congress.

Investing in Facebook when it was a burgeoning startup, Theil understands the power behind Blueseed and is not only financially contributing, but also assisting in gaining more funding for the project. 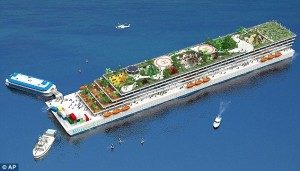 The Seasteading Institute collaborates ideas for potions for governments as the option of floating cities provides new avenues of living and ultimately controlling the population. Offering business opportunities for venture capitol and startups to invest and participate in seasteading extends real estate markets, economies of countries and creates a new level of diplomacy.

Research into engineerings, science and technology would not be constrained by laws and regulations that are imposed on the mainland.

Slated for 2015, the Seasteading Institute expects to have manufactured the first independent city-state guided by internation provisions and not responsible to any established country or sovereignty.

Moving the multi-national corporations offshore and into international water alleviates the jurisdiction of these megaliths from all known and established governments. Perhaps replacing sovereign nations would be the corporate-establishment where the floating city could be socially and technologically influenced and directed by the corporate-industrial complex.

Nation states created by Google, Microsoft or Facebook that owed no answer to the US could create such an over-reaching monster that the necessity of established governments could fall to the way side.

Living on the ocean may become a reality in “balancing at the edge of utopia.” 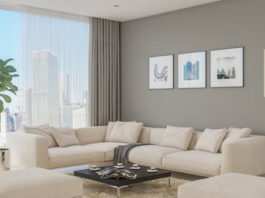 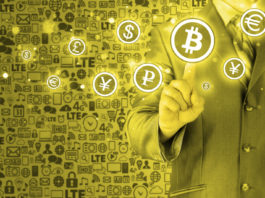 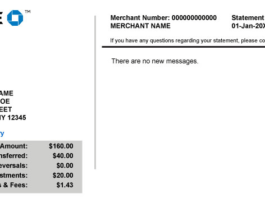