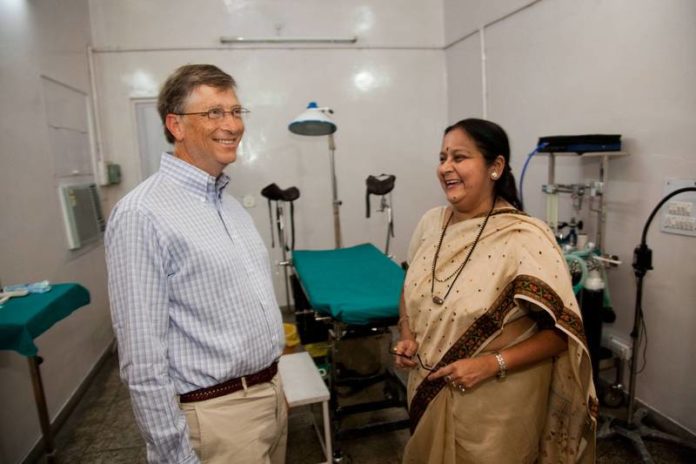 Government-funded sterilization surgeries performed in India has resulted in the deaths of 13 women and left 52 other in critical condition because of efforts to “help slow the country’s population growth”.

It is presumed that because of “sterilization quotas” in India these women were victims of “health authorities [pressuring] patients into [sterilization] surgery rather than advising them on other forms of contraception.”

At a meeting of the Indian Congress, spokesman Shobha Oza explained that this latest incident was part of a long line of botched sterilization schemes that have left 200 women dead in order to “usurp money under the National Rural Health Mission.”

Oza said: “Every time such an incident happens, committees are formed but no one was held responsible earlier also. A judicial inquiry should take place in this incident. It’s time that women in Chhattisgarh are protected from ‘sarkarimaut’ (government-sponsored death).”

The Congressional spokesperson pointed out that there were “very unhygienic” conditions in the “ family planning camp (FPC) at Bilaspur where the surgeries were carried out.”

The women were all under the age of 32 and from “poor villages” who were patients at an “FPC outside Bilaspur city in the central state of Chhattisgarh.”

According to SK Mandal, chief medical officer for the government of India, “all 83 surgeries were conducted within six hours. Each of the women had received a payment of 600 rupees, or about $10, to participate in the program.”

Amar Singh, deputy health director for the government of India told the press that these patients were sent home after the surgeries, only to be rushed back to “private hospitals” in ambulances where 8 – 10 died of “either blood poisoning or hemorrhagic shock.”

Because of the deaths and patients still in critical condition, the government of India suspended “4 government medical doctors including the surgeon who performed the operations and the district’s chief medical officer.”

The Indian government is also offering the victim’s families $6,600 for their loss.

One country which is part of BMGF’s “deepest engagement” for “expanding access to high-quality, voluntary family planning” is India.

In an op-ed piece, Bill Gates explained that the BMGF “has invested more than $1 billion in programs to fight disease and poverty in India.”

Gates praises the UK government for their “long history of extraordinary generosity and an established track record of making an impact on the lives of the poorest people in the world” – referencing India in particular.

It is through foreign aid to countries like India that the UK has had a major impact on the population.

In fact, tens of millions of “aid” funds from the UK have been used to forcibly sterilize women in India. The US and the World Bank is also sending funds through “foreign-aid programs”.

The campaign for mass sterilization originated in the 1970s. Its first incarnation was halted after mass riots which forced the Indian government to back down.

The Indian government has been attempting to curb the Indian population from growing by sterilizing over 1 million women each year.

Due to the controversy surrounding the population control campaign, the Indian Supreme Court investigated the issue as foreign governments attempted to distance themselves so they will not be implicated.

One sterilization office was set up in a local school. Police raided the makeshift sterilization camp and found video evidence that the NGO who run the “facility” were abusing the women who came to have the sterilization procedure.

In the police report, it was discovered that many of the NGOs that the Indian government uses to run sterilization camps are being funded by the UK with “aid” money.

The UK has donated millions of pounds to India to fund these sterilization camps. According to documents, the UK is interested in reducing the Indian population in the name of cutting greenhouse gases and combat global warming.

Foreign-aid and “family planning” funds are being used by the Indian government to coerce and forcibly sterilize Indian women. They are threatened, bribed and lied to about the procedure to get the women to acquiesce.

Dr. Abhuit Das, the director of the Centre for Health and Social Justice, said that this discovery “smells of racism” referencing population control in India under the guise of saving the planet as a plot to simply reduce the Indian population for its sake.

Das said that the UK should worry about their own greenhouse emissions and leave the Indian population alone: “[The UK] says that the poor is the problem when it comes to greenhouse gases. This is simply unacceptable.”

Women’s rights advocates were angered by this misappropriation of the sterilization procedure.

To simply mass sterilize women for the concentrated agenda of eliminating the Indian population is a violation of women’s rights, say the advocates. There is evidence of quotas to be reached by the sterilization camp directors and bonuses for exceeding those quotas.

This reduces this procedure to a business opportunity and not a medical procedure that needs to be handled with respect and care.

The UK government, of course, responded to the recent scandal over forced sterilizations by denying that taxpayers were funding it. “British aid has not been used for forced sterilization now or in the past,” a DFID spokesperson claimed in a recent statement, though an official with the department later told the press that tax funds were indeed being used for “voluntary” sterilizations.

Some of the women who are operated on did not fully understand the procedure before they agreed, and most procedures are carried out under unsanitary and horrific conditions; conditions that cause deaths from excessive bleeding and rampant infections.

Through foreign aid funding, the Indian government is financing the forced sterilization of women; without regard for their safety or health.

This idea has been in the works, behind the curtains for several decades. Under the leadership of top establishment figure Henry Kissinger, for instance, the U.S. National Security Council outlined widely criticized official policies to curb population growth among the poor in the infamous “ Memorandum 200”.

Citing dubious theories about alleged overpopulation, the report proposed a massive global campaign that included propaganda, contraception, the use of food for coercion, and more.

India was one of the top targets.