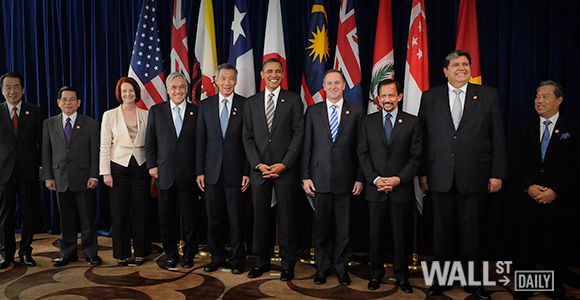 Concerning the future of the Trans-Pacific Partnership (TPP), the president is expected to accelerate talks and negotiations to play import/export with other nations to ensure profits for rich countries and control one-third of global trade.

Payoffs for successful positioning regarding the TPP have left some bankers just a little bit richer.

Stefan Selig, investment banker for Bank of America (BoA) has been paid an estimated $9 million in bonuses and $5.1 million in incentives to work on international trade with the Department of Commerce.

Citigroup will offer executive contracts for “full time high level positions with the US government or regulatory body.”

Michael Froman, former Citigroup banker and current representative for US Trade has been given more than $4 million to join the Obama administration; while still receiving millions in investment funds.

Multi-national corporations can use the TPP to breeze passed national laws and domestic courts to choose arbitration with an international tribunal which would almost assure their claims for current and future profits.

Reports state that there is palatable strain between Japan and the US over trade talks regarding agricultural products and auto-manufacturing.

For the Obama administration, making the TPP more agreeable to ensure Congress’ support is being noted as a rebalancing of economic and security policies.

Indeed, the TPP itself is being referred to as the American litmus test to bring stability to the global trade system.

The TPP seeks to eliminate:

• Standing tariffs for goods, products and services such as beef, textiles, e-commerce and banking
• Allocate provisions for “non-tariff barriers” such as copyright, patent infringement and investor’s rights
• Impose US-based ideology on labor and environmental regulations

In essence, the TPP will rewrite fundamental economic rules while identifying the winners and losers of trade and global economics in order to protect investments and financial beneficiaries.

This trade deal contains the creation of an international dispute settlement court (IDSC) to allow corporations to initiate litigation to recoup lost profits; even if those profits were based on projections and not actual gross intake.

Through copyright laws within the TPP, Congress would be relieved of their authority over international agreements and the US government must accept the document as it is presented.

Because internet providers would be subject to fines based on the actions of their customers, the TPP places pressure on internet service providers (ISPs) to crackdown on users who violate the new terms of service.

Obama has recently laid down executive action in regard to copyright and patents with “a series of initiatives designed to combat patent trolls and further strengthen our patent system and foster innovation; issuing new executive actions to build on these efforts; and renewing its call on Congress to finish the job by passing common-sense patent reform legislation.” 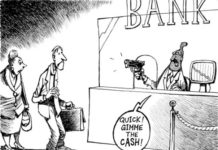