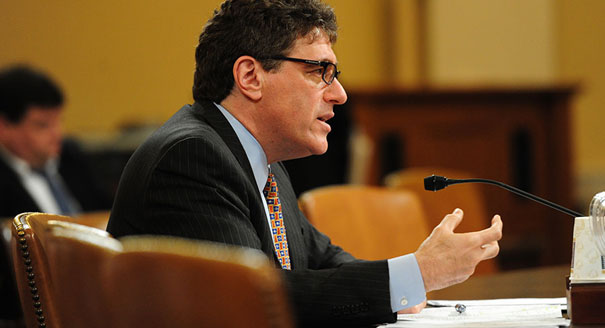 Steve Miller, former Director of the Internal Revenue Service (IRS), admitted at a Congressional hearing that the taxes collected by the IRS are not mandatory – but voluntary.

When questioned at the House Ways and Means Committee (WMC) hearing last week, Miller told House Representative Devin Nunes that “America’s tax system is ‘voluntary’”. When Nunes remarked for clarification that the US tax code is a “voluntary system”, Miller said, “Agreed.”

House Representative Xavier Becerra commented that the ruse of the IRS is kept as a public confidence in the system scheme to keep Americans paying money to the IRS.

Miller confirmed this is so.

The shuffle at the IRS has landed Danny Werfel as the new acting director.

As his first message to those employed at the IRS, Werfel said that amid the mistrust of the public brewing against the organization, it is the mission of all employees to “help America’s taxpayers understand and meet their tax responsibilities.”

Werfel invoked the tragedy at Oklahoma to coerce his underlings into believing that they are doing a great work. He said: “. . . as the nation comes together to support the victims of the devastating tornados in Oklahoma, we should all feel a sense of pride that IRS is actively supporting the recovery effort and doing our part to help.”

President Obama anointed Werfel as a replacement for Miller who was asked to resign just a month before his term as acting director of the IRS was complete.

Werfel has a history working for the Office of Management and Budget (OMB) and an analyst for the Department of Justice (DoJ). Obama describes Werfel as having “proven an effective leader who serves with professionalism, integrity, and skill.”

Senator Orin Hatch commented on Obama’s choice of putting a businessman in place at the IRS: “If I was the president I would find the very best businessman I possibly could who’d be willing to take it over and have the authority to be able to straighten the mess out. I don’t know whether Werfel has that kind of dimension or not, but I hope he does.”

Lois Lerner, director of the Tax-Exempt division at the IRS during the targeting of Patriot groups refused to speak to the House Oversight and Government Reform Committee, claiming her right to the 5th Amendment.

William Taylor III, attorney for Lerner, requested in a letter that preceded her arrival, asking the OGRC that she be allowed to refrain from appearing before the committee. Taylor claimed that be forcing Lerner, it “would have no purpose other than to embarrass or burden her.”

The OGRC wanted Lerner to comment as to why she provided incomplete data to the DoJ during their investigation of the discriminatory targeting of Patriot groups; asserting that she was either fully or partially to blame for the unlawful activity.

This week, when Lerner did show up at the hearing before the OGRC, she emphatically claimed: “I have not done anything wrong. I have not broken any laws. I have not violated any IRS rules or regulations. And I have not provided false information to this or any other congressional committee.”

House Representative Trey Gowdy told the committee that since Lerner made a statement at the hearing, “she just waived her Fifth Amendment right to privilege. You don’t get to tell your side of the story and then not be subjected to cross examination. That’s not the way it works. She waived her Fifth Amendment privilege by issuing an open statement. She ought to stand here and answer our questions.”

According to sources, the employees that were directed to target Patriot groups had different upper management to answer to; therefore muddying up the chain of command and further convoluting how to calculate who is actually responsible for disseminating the directive.

With these new assertions, the original story of rogue employees targeting Patriot groups without being told to do so is making less and less sense.

Since it is policy that if a tax-exempt application is not processed within 270 days it causes an internal “red flag” that draws attention and explanation, these applications should have been dealt with within that time frame automatically.

In Cincinnati, Ohio, the directive to target Patriot groups has been linked back to Cindy Thomas, program manager of the Tax Exempt division of the Cincinnati IRS.

Further refusals of cooperation have manifest with the IRS refusing to produce documents requested by MWC chairman Dave Camp and Sander Levin. Earlier this month Camp and Levin wrote to the IRS requesting records of all communications between the IRS and the US Treasury to assist in understanding the discrimination of Patriot groups.

The scandal is unraveling onto itself which is why there is talk that a special prosecutor will be employed to independently review the evidence and piece together the actual timeline of what happened and identify who was involved and at what level. 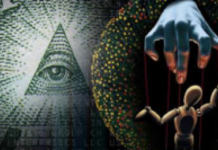 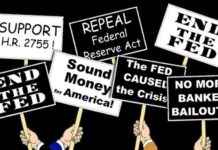