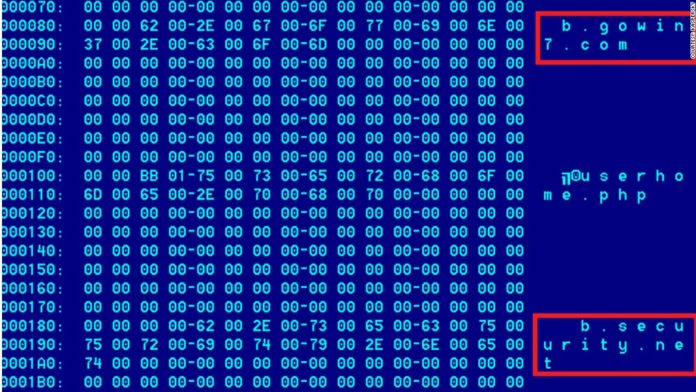 This virus’ focus on online banking makes it a potential threat to banking systems worldwide. Researchers are still trying to determine if this virus is simply conducting surveillance on banking transactions or if it is being used to steal money out of targeted accounts.

Being called Gauss by the Kaspersky Lab, who confirmed that the new virus is related to Stuxnet, Flame and Duqu, yet a more sophisticated, state-sponsored cyber-espionage tool.

Gauss is capable of being used as a weapon to attack industrial control systems, just like Stuxnet which was used to go after Iran’s Natanz nuclear power plant facility in 2010. Gauss can encrypt programs that are compressed onto a USB drive and decompress them once the virus is able to contact to a targeted computer. Kapersky Lab stated: “After looking at Stuxnet, Duqu and Flame, we can say with a high degree of certainty that Gauss comes from the same ‘factory’ or ‘factories.’ All these attack toolkits represent the high end of nation-state-sponsored cyber-espionage and cyber war operations.”

According to Jeffrey Carr, cyber warfare expert for the security firm Taia Global, the US government has been monitoring Lebanese Banks for activity traceable to militant groups and drug cartels. Carr said: “You’ve got this successful platform. Why not apply it to this investigation into Lebanese banks and whether or not they are involved in money laundering for Hezbollah?”

US intelligence is touting that “Beirut is a hot spot for the clandestine movement of money by states” in reference to money laundering.

Iran has stated that Flame and Stuxnet specifically targeted their oil refineries with the intent to disrupt oil production. Gauss could be used for this purpose; however it is designed to infiltrate banking systems online infrastructure with complex algorithms and encrypted code bases.

Kaspersky Lab is still analyzing Gauss and its capabilities. They confirmed that the creator of the virus went to a great deal of trouble to disguise its purpose by using sophisticated encryption codes that may take months to decipher.

The Budapest University of Technology and Economics’s Laboratory of Cryptography and System Security have devised a free test that determines whether or not the tell-tale Palida Narrow font is downloaded to any computer.

In tandem, the Federal Bureau of Investigations (FBI) is claiming that another malware scheme is directing web users to a compromised version of the FBI website. When on this fake FBI website, the malware known as Reventon, will extract data and coerce users to pay an online fine.

The UN’s International Telecommunications Union (ITU) has issued a warning to world leaders to protect their infrastructure because of the threat of Gauss. Marco Obiso, cyber security coordinator for ITU said: “We don’t know what exactly it does.
We can have some ideas. We are going to emphasize this.”

The Department of Homeland Security (DHS) is analyzing Gauss’ potential threat to the US. Peter Boogaard, DHS spokesperson commented: “The department’s cyber security analysts are working with organizations that could potentially be affected to detect, mitigate and prevent such threats.”

The Cybersecurity Act of 2012 was introduced and voted down by the Senate in July with false claims of “. . . foreign governments, criminal syndicates and lone individuals are probing our financial, energy and public safety systems every day. It would be the height of irresponsibility to leave a digital backdoor wide open to our cyber adversaries” was perpetuated by President Obama.

Shawn Henry, a veteran of the cybersecurity division in the FBI, has stated that a cyber-attack is “very, very likely” to occur soon.

The Obama administration, in response to the Congress rejecting the CSA, is considering an executive order “to protect the nation’s critical computer infrastructure”, according to John Brennan, Homeland Security advisor.

At a Council on Foreign Relations meeting Brennan stated: “One of the things that we need to do in the executive branch is to see what we can do to maybe put additional guidelines and policies in place under executive branch authority. I mean if the Congress is not going to act … then the president wants to make sure that we are doing everything possible.”

Brennan said that an executive order would be a “good vehicle” to ensure government agencies are empowered to take action “to make sure the nation is protected.”

Stewart Baker, former senior official for the DHS and cybersecurity expert at the law firm Stepoe and Johnson remarked: “The president can say we can’t wait, and I’m going to do what Congress can’t and protect the American people from cyber-attacks” and “in an election year, that sounds like a pretty promising approach.”

Obama has repeatedly circumvented Congress with his use of executive orders. This instance would be another incident where he would be abusing his executive powers.

Because of the global fiat currency implosion that begun in 2008, the banking cartels have been propping up the American financial system to stave off a complete monetary collapse in the US. However it has always been their intention to bring down the monetary system in America.

Ironically, Gauss may be the mode in which they are able to carry this out.

During the MF Global scandal, Jon Corzine ordered segregated customer funds to be secretly redirected into accounts in JPMorgan. During this beta-test, the banking cartels got away with stealing $200 million of customer money without suffering repercussions.

Recently we have seen other types of theft out of customer accounts held in major banks like Bank of America (BoA) wherein they drilled into a customer’s safety deposit box, confiscated family heirlooms and transferred them out of the bank. The customer’s property was sent to North Carolina before the theft was detected. When the customer attempted to retrieve their property, BoA claimed they did not have a social security number on file which was why they emptied out the safety deposit box. However, when opening a safety deposit box, the customer’s social security number is provided on the initial documentation.

The lie BoA perpetrated on the customer was simply to distract from the fact that they overtly stole out of their customer’s private account. And this small-time thievery may be a symptom of a larger banking scheme looming in the distance.

Gauss, which is an online banking surveillance virus, has the capability of electronically transferring information out of customer accounts to be redirected to another location. The banking industry would be devastated if suddenly they were infiltrated by Gauss which would cause every banking customer to become insolvent overnight.

This sets the stage for the banking holiday that we’ve all been warned about. For example, the mainstream media would be used to announce that Gauss has infected the all domestic banking computer systems. In order to purge the virus, all banks would need to shut down for a specified amount of time in order to reconfigure their computers. Perhaps on a Friday afternoon, the major banks will all announce that they will shut down to customer activity so they can “get rid of” Gauss from their system. The banks might say that they will reopen to the public on Monday morning.

Customers would not be able to conduct any financial transactions, either in the bank or online over that weekend. And with the promise that everything will be ok on Monday, there is no threat of a banking holiday because the cover story is that a virus must be purged before regular banking can continue.

However this would be a false flag meant to pacify the public to avert mass panic. While the general public would fall for the cover story, the banking cartels would simply electronically transfer all customer funds from private checking accounts out to off-shore banks where they could not be touched and cover their tracks.

Then on Monday morning, while the reports that the banking industry suffered greater infiltration than expected, the DHS and US armed forces would be poised to enact martial law to control the potential for domestic insurrection caused by the realization that every American has had their money stolen from them by the banking cartels in one fail swoop. 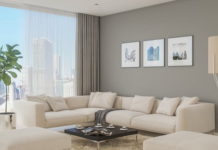