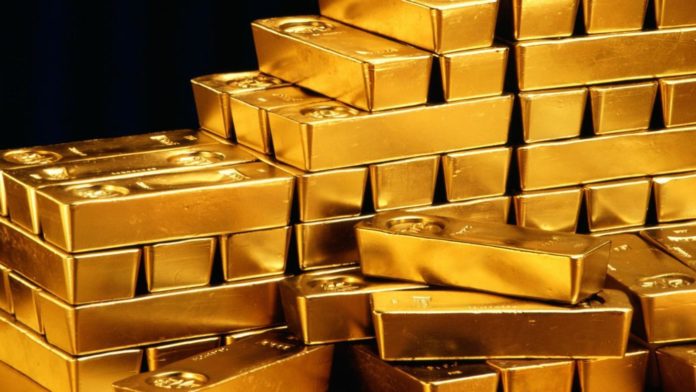 China is buying gold with no end in sight. With their stockpiles of fiat currency called yen, China is becoming a power player in the world of precious metals. And this makes perfect sense.

The BRICs countries have decided NOT to accept the US dollar as the world’s reserve currency.  China will be trading in their fake currency that is backed with real metals of value. And with voracious vigor, the country is buying as much gold as they can.

In preparation for the future, this gold frenzy makes sense. By converting their fiat currency (the Yuan) into actual and exchangeable money they are securing their country’s future. This gold could be used to support their nation’s efforts toward moving forward as the next superpower. It could also be a leverage tool to assist other flailing countries as insurance for a favor at a later date.

Contrary to popular belief, China owns much more of American debt than was originally thought.  China invested in American debt in US Treasuries as an acquisition. As a long-term investment this made sense.

The Obama administration made investing in America easier for China. China was able to buy 35% of any auction of US Treasury bonds. This was achieved through proxy. By the intent of Ben Bernanke, Chairman of the Federal Reserve Bank (Fed), China may have been broken financially through inflation brought on by this American central bank.

An inflation of the US dollar at a continuous rate would allow for nearly unlimited spending by the Obama administration because the cost of the flood of fiat would be diverted to a few years into the future. Just long enough for Obama and the Fed to reign in the Chinese economy while simultaneously destroying the US economy. Two birds with one stone, so to speak.

In an attempt to gain control over wild inflation, China has used the Renminbi because it pays higher interest rates. This strategy has slowed its inflation and economic growth. Devaluing US dollar, while raising the Chinese wage was a disastrous combination for the manufacturing multi-national corporations. Now manufacturing is moving toward the US because of our high unemployment. A desperate society will accept less because it is better than nothing. China will no longer accept slave ages for labor. Now that the US is in destitution, Bernanke and the Fed are in a tremendous position to purchase the US for literally pennies on the dollar.

Since Bernanke values the US dollar, he knows ahead of time what he will have to pay and can set up the perfect situation to make sure he pays what he wants.

Curiously obvious, the Obama administration has spread the “wealth” in every direction, except the American people. Obama has bailed out his corporate interests, the banking cartels, unions and political allies; hover not one dime has been spent on the flailing Americans who are unemployed, homeless from foreclosures and reaching the breaking point. And to top it all off, Obama has put in place the NDAA, the ACTA Treaty, Executive Order National Defense Resources Preparedness and a myriad of signing statements intended to turn America from a free Republic into a Fascist Dictatorship within one term of “Presidency”.

And Obama decries Congress to raise the debt ceiling. Spending may seem to be the problem because of the appearance of the situation; however, it is the hidden redistribution of wealth that is the true agenda. A relationship between the global Elite’s puppet Obama and their crony Bernanke has revealed a government that literally steals from its citizens, gives it to the offshore banking cartels and demands more from taxpayers.

Americans, drowning in a catatonic stupor, are froth with denial and distractions. They are holding onto the American Dream as if it will materialize by sheer power of their will to make it so. Meanwhile the global Elite are enjoying a nearly resistance-free takeover of America.

Seems China can see the writing on the wall when it comes to the future investment they have made in the imploding American economy.