Donald Trump’s Joint Address confirmed that his administration is poised to create and maintain a list of crimes perpetrated by “immigrants”, which was part of the first round of executive orders signed during his first week in office.

Trump said: “I have ordered the Department of Homeland Security to create an office to serve American Victims. The office is called VOICE — Victims Of Immigration Crime Engagement. We are providing a voice to those who have been ignored by our media, and silenced by special interests.”

According to experts from the National Bureau of Economic Research (NBER), immigrants commit crimes at a lower rate than “native born” Americans. In fact, non-citizens make up only 7% of the US population and just 5% of Americans in prisons.

Perhaps more shocking is that between 8 and 10% of undocumented immigrants are entrepreneurs, owning businesses in the US and employing thousands of Americans.

Senate Minority Leader Chuck Schumer told CBS “This Morning” that Trump’s VOICE program is “ridiculous” because “the overwhelming majority of immigrants are law abiding, they want to be part of the American dream, and most Americans agree with that.”

Schumer went on to say: “So to put an office like this out there shows how anti-immigrant this president is.”

Brian Stone, veteran of the US Navy and LGBT advocate, pointed out in an op-ed piece on Trump’s VOICE program that “it does not appear that the program will be limited simply to undocumented immigrants, but will also include crimes committed by legitimate VISA holders, Green Card holders and possibly even permanent residents who are not naturalized citizens.”

Stone blames Steve Bannon, chief strategist to Trump, for this “idea right out of [his] playbook”.

But the concept behind VOICE has a deeper past, going all the way back to Nazi Germany. Richard Weikart, professor and author of the book “ Hitler’s Ethic: The Nazi Pursuit of Evolutionary Progress ”, published a copy of a Nazi periodical entitled “The Criminal Jew” which features photos of Jews along with captions explaining the crimes they had committed.

According to Weikart: “In 1943, a Nazi directive to the German press declared, ‘Jews are criminal by disposition. The Jews are not a nation like other nations but bearers of hereditary criminality’.”

Caludia Koonz, historian at Duke University, pointed out that in Nazi, Germany, the newspaper Der Sturmer would routinely publish readers’ claims of Jewish crimes in a section called “Letter Box”. Hitler used the press to highlight the need for his Ministry of Justice to prosecute every criminal indictment against the Jews and was proud to publicize it. 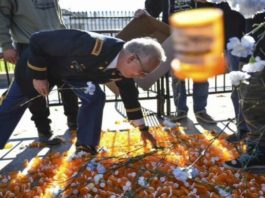 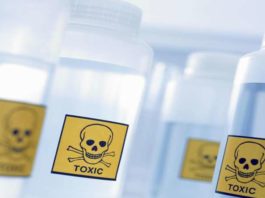 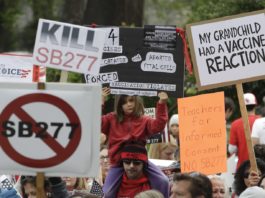