Researchers for the Stanford Human Intracranial Cognitive Electrophysiology (HICE) program have deciphered the neurological pattern created while a person is figuring out a math equation which shows how the brain processes quantitative thought throughout the day.

Joseph Parvizi, associate professor of neurobiology and director of HICE said that “we’re now able to eavesdrop on the brain in real life.”

Indeed, Parvizi’s team took an opportunity to listen in on brain activity during normal behaviors such as pain, eating, drinking, and talking.

Parvizi commented: “You are able to see how neurons within the human brain are working in a real-life setting.”

Parvizi believes that this research could lead to mind-reading technology that could allow mute patients to communicate with doctors and medical staff; as well as implications in everyday life.

The technology called intracranial recording involves placing electrodes against exposed brain surface. The study was conducted on 3 participants who had their brain activity recorded by tethering themselves to monitoring equipment, and confined to their beds.

During the experiment, those participants were given true or false questionnaires. It was then that the researchers were able to see the activity in the region called the intraparietal sulcus surge with electrical neurological pulses.

Parvizi said: “We found that this region is activated not only when reading numbers or thinking about them, but also when patients were referring more obliquely to quantities. These nerve cells are not firing chaotically. They’re very specialized, active only when the subject starts thinking about numbers. When the subject is reminiscing, laughing or talking, they’re not activated.”

Advancements in mind-reading technology could surge with this discovery, leading to anything from new therapies to chip implants that control a person’s thoughts.

Recently the scientists at the Massachusetts Institute of Technology (MIT) announced they are building an Iron Man suit for the US Army Research, Development and Engineering Command (RDECOM).

One of this suit’s capabilities is to read the thoughts of the combat soldier to provide combat ready displays, surmise the tactical environment and become personalized to that particular soldier.

In September of this year, researchers at the Utrecht University in the Netherlands released a study that finds humans have a number sense – much like the sixth sense we all know about.

Ben Harvey, lead author of the study explained: “When we see a small number of items visually, we don’t need to count them. We just know how many there are straight away.”

It appears to Harvey’s team that the “better you are at number sensing, Harvey says, the better you tend to do on standardized mathematical tests. This part of the brain — and the ones nearby — is active when you do math and solve equations, as well.”

Using magnetic resonance imaging (MRI), the team was able to scan for patterns in the participant’s brains. Then the high-field (fMRI) was used to facilitate observable details about brain activity and neural responses.

It was then that the researchers noticed that the posterior parietal cortex was responsive which proved that the brain recognizes patterns in organized ways.

Harvey said that “the brain was acting like an abacus” which meant it was mapping the numbers in one area instead of counting them to come up with a literal number.

This experiment confirms that humans have an innate ability to “sense numerical qualities”; meaning that some people can determine how many of something is in front of them without counting the objects.

One instance of mind-control during experimentation was discovered by Rajesh Rao, researcher at the University of Washington (UoW) who sent a signal to flicker a finger to his colleague, Andrea Stocco to demonstrate that he can interface with another brain.

Using a brain-computer interface, the device reads rain signals and translates them into motions that robotic limbs can react to.

Rao was able to move Stocco’s finger by thinking about moving his own while watching a video game.

Through an electrical brain-signal reading cap, Rao told Stocco’s body to move. Rao’s thoughts were transferred via the internet.

Stocco remarked that the feeling was completely involuntary; just as a twitch.

Stocco said: “The Internet was a way to connect computers, and now it can be a way to connect brains. We want to take the knowledge of a brain and transmit it directly from brain to brain.”

Rao said: “This was basically a one-way flow of information from my brain to his. The next step is having a more equitable two-way conversation directly between the two brains.” 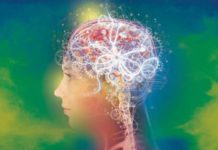 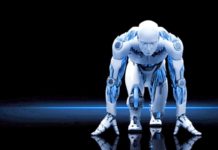 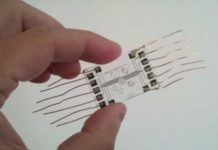