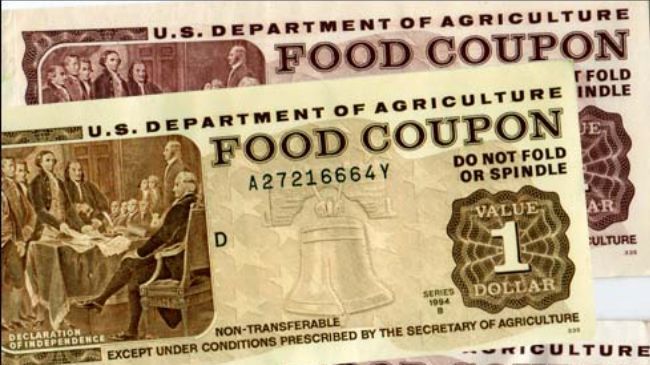 The US Department of Agriculture (USDA)reported that 101,000,000 Americans are on the Supplemental Nutrition Assistance Program (SNAP) in the domestic US at a cost of $114 billion annually as of 2012.

The Bureau of Labor (BoL) statistical data shows that in 2012 an estimated 97,180,000 full-time workers were accounted for.

The USDA said that the surge of Americans accepting SNAP benefits is at a “historically high figure that has risen with the economic downturn.”

The audit points out: “With the growing rate of food insecurity among U.S. households and significant pressures on the Federal budget, it is important to understand how food assistance programs complement one another as a safety net, and how services from these 15 individual programs may be inefficient, due to overlap and duplication.”

Shockingly, “food-stamp use rose 2.8% in the U.S. in April from a year earlier, with more than 15% of the U.S. population receiving benefits.”

The House of Representatives voted down the $940 billion Farm Bill last month. Contained in the bill was $743.9 billion allocated to SNAP; which was also the biggest and most controversial part of the legislation.

This would have led to a $2 billion cut to the SNAP program and made receiving benefits all the more difficult for struggling Americans.

The Obama administration threatened to veto the House version of the bill should it pass.

It is assumed through statistical data that 200,000 children receive free meals through the NSLP.

Recently First Lady Michelle Obama, along with the USDA, announced their plans to severely restrict the caloric intake of students receiving meals through NSLP.

The USDA released “Smart Snacks in School” that outlines federal standards for nutrition stands for “students, parents, school stakeholders and the food and beverage industries to implement the new guidelines and make the healthy choice the easy choice for America’s young people.”

Caloric restrictions mandate that snack items can contain no more than 200 calories and entrees cannot contain more than 350 calories.

While low-calorie diets cause weight loss, they are also extremely dangerous because they decrease metabolic rates which throws the human body into survival mode and could lead to health problems such as heart disease, less muscle development, hypo-glycemic conditions; including the development of diabetes.

Using “science-based nutrition guidelines” with recommendations from the National Institute of Medicine (NIM) children and parents will have choices that are pre-approved by the federal government and Michelle Obama.

Tom Vislack, secretary for the USDA said: “Nothing is more important than the health and well-being of our children. Parents and schools work hard to give our youngsters the opportunity to grow up healthy and strong, and providing healthy options throughout school cafeterias, vending machines, and snack bars will support their great efforts.”

Michelle Obama has endeavored to:

As of 2012, according to the Census Bureau, 15% of the US population descended into poverty in 2011. That amounts to 46 million Americans at or below the poverty threshold with an average household income of $23,200.00 annually for a family of four.

Socialist programs like social security benefits assured that 21 million people were kept out of poverty. At the same time, unemployment benefits floated 2.3 million people from being totally destitute.

The fact of low-paying jobs and the unemployed are causing our American economy to continue to flounder. This is a direct causation to the destruction of the middle class in America.

Retirement and investments are the last thing on American’s minds when they are trying to make current ends meet on $4000 per month.

As the majority of Americans become impoverished, the wealthiest 1% have seen their net worth skyrocket above 288 times the average median household.