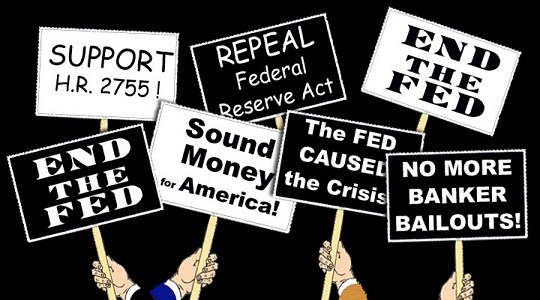 Prior to centralized banking, each commercial bank issued their own notes. The first institution with responsibilities of a central bank in the U.S. was the First Bank of the United States, chartered in 1791 by Alexander Hamilton. Its charter was not renewed in 1811. In 1816, the Second Bank of the United States was chartered; its charter was not renewed in 1836, after it became the object of a major attack by president Andrew Jackson. From 1837 to 1862, in the Free Banking Era there was no formal central bank, and banks issued their own notes again. From 1862 to 1913, a system of national banks was instituted by the 1863 National Banking Act. The first printed notes were Series 1914. In 1928, cost-cutting measures were taken to reduce the note to the size it is today.

Today, the Federal Reserve prints the legal tender for the United States. It controls inflation of that currency, its worth and how much of it is in circulation at any given time. The currency is not backed by gold, silver or any other precious metal. It is fractionally created from the debt of the United States government to the privately owned and controlled Federal Reserve Bank. Each note printed by the central bank is worth roughly $ 0.80 cents (depending on the fluctuating currency rate). The debt mounts up as the federal notes are printed because as each is worthless, the value is lessened as well.

In the case, the debt cannot be repaid because the legal tender is never worth more than the debt.

In December of 2013, the Federal Reserve Charter will come to an end. The monetary enslavement created by Woodrow Wilson and the Central Bankers will come to a close. In order for the Federal Reserve to retain control over the United States money supply, this charter will have to be resigned by Congress. Yet, considering the public knowledge of how dangerous central banks are to a governmental system, it may pose a problem for the privately owned bank to reup their charter.

In the early 1900s, the excuse for the bank’s creation was to balance the monetary issues of the day. However, once the Federal Reserve was in control, the stock market crashed and the Great Depression began. It also consolidated the smaller banks into the hands of the larger mega-banks of the time; putting more and more power into the hands of a few bankers.

Would the American public today allow this to continue if they were given a choice?

At the end of 2013, this choice will be on the table for America to decide if the Central Bankers will continue to force the population to be as feudal serfs to a monetary system created simply for enslavement.

Recently, developments in the realm of the monetary system and governmental control have surfaced. The circumstances seem to be unrelated, however, when the dots are connected, a picture begins to form. If the charter and control of the Federal Reserve are coming to a close within less than two years, how would alternative means of ensuring control be put into place if the Congress did not reup the charter for the Fed?

This legislation gives the President power to secretly arrest, detain American citizens without trial, and even kill them.

If this bill were passed, it would strip US citizens of their citizenship, therefore allowing the government to treat them as terrorists.

FEMA camps are designed to house millions of people. The official reason is for displaced populous due to an economic or financial crisis.

This treaty allows those countries the power to censor the internet in their country at the will of the governments. This treaty was effectively executed after the protests of SOPA and PIPA.

The military training local police departments and giving them access to military grade weaponry, computer technology, and assistance of the National Guard when requested for population control.

2009 and Before – Urban Warfare Drills

Training the US Military Services to detain American citizens, use force if necessary, and/or kill them.

It appears the United States government is making preparations for civil unrest. Could a contributing reason be the coming end of the Federal Reserve Charter in 2013? If the charter ends, the monetary system will have to either be reinvented without the fractional reserve control of the central banking system, or the charter will have to be resigned for another determined amount of time.

And yet, there seems to be another answer looming on the horizon. The IMF and World Central Bank have been calling for a world monetary system where the Bancor will be the global currency. This would take care of the individual countries’ differing monies. This would also appear to take care of the governmental debts all of these countries have incurred against the central banks of the world. As fiat currencies all over the globe are being imploded or abandoned, this control over the world’s money cloaks a dangerous agenda.

With world currency, comes world governance. In the beginning of 2012, the United Nations, France, China and other countries have called for a One World Government. And considering the United States is slipping into a police state control, the answer of global governance could be the next step in the take over agenda.

Most of us rely on our money for everything. We do not know how to be self-sustaining in any capacity. Our dependence on the functionality of the system will be turned into the shackles that hold us down and permanently enslave us. This is when the System will use the Problem-Reaction-Solution formula to finally lock us down.

1. They created the fractional fiat currency printed in debt.
2. They will expect us to decry a new monetary system as this one shows itself to be failing.
3. They will issue a global currency (with paper or RFID chip) to save the populous from total economic collapse.

Wake up America. The red alert is flashing. Now is the time to pay attention and prepare for self-sufficiency. 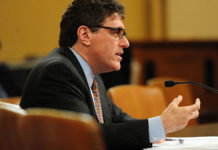