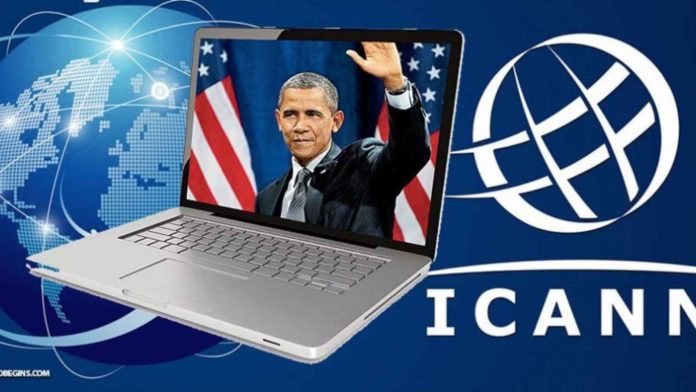 At the World Conference on International Telecommunications (WCIT), Russia, the United Arab Emirates, Saudi Arabia, Algeria and China have withdrawn their proposal for individual nation’s power over internet addresses and digital domains which would have decentralized power over web addresses.

The International Telecommunications Union (ITU) claims that the leaked version of the proposal was never officially given to them for consideration.

The Internet Corporation for Assigned Names and Numbers (ICANN) and the Internet Assigned Numbers Authority (IANN) control all web addresses. These are non-governmental organizations (NGOs). Terry Kramer, US Ambassador would like to see ICANN and IANN remain in power. Kramer said: “While this is a welcome development, these issues will continue to be on the table for discussion in other forms during the remainder of the conference.”

Kramer would like to see the control of the internet to remain in the hands of the NGOs that control it now. He also believes that the NGOs “are a much better place to talk about issues like cyber threats or issues of numbering. That conversation should be in a multi-stakeholder environment where they’re truly open, you have a variety of industry members there, you have non-profit organizations, civil society, governments engaged there and it’s an open inclusive process.”

Kramer asserts that China and Russia are pushing for the ITU to have oversight extensions to include the internet – as of now, they are solely governing broadband telephone communications and international calls.

Kramer wants the ITU to be constrained to its original charter and keep the internet separate to “stay pure to the focus on this conference which is telecom service providers.” Kramer goes on to say: “Fundamentally, the conference should not be dealing with the Internet sector,” and, more bluntly, that they’re interested in “Keeping the Internet out of this conference.”

It is the purpose of mainstream media to not only downplay the ITU’s advancement toward control over the Internet, but also demonize Russia and China for this move toward a free internet controlled by sovereign nations and not one sole self-proclaimed governance such as the UN.

Mozilla has joined the opposition against the WCIT proposed controls over the internet. Developers for Modzilla said in a statement: “The issue isn’t whether our governments, the UN or even the ITU should play a role in shaping the Web. The problem is that they are trying to do it behind closed doors, in secret, without us. The Web lets us speak out, share and connect around the things that matter. It creates new opportunities, holds governments to account, breaks through barriers and makes cats famous. This isn’t a coincidence. It’s because the Web belongs to all of us. We all get a say in how it’s built.”

The secret draft for new recommendations entitled “Requirements for Deep Packet Inspection in Next Generation Networks” explains that certain issues must be addressed and dealt with at the ITU, such as:

Under the direction of Secretary-General Hamadoun Tour, the ITU has moved incrementally toward internet-centered issues such as cybersecurity, censorship and digital content issues as well as managing the traffic on the Web.

At the WTIC, new regulatory rules are being discussed that provide more stringent restrictions as well as creating a money-making scheme for the UN.

Because all “calls” are ultimately digital, transmission control protocol (TCP) is used to oversee the beginning, middle and end of all transmissions; including the data that passes through in the middle. Internet users do not have control over TCP sessions because IP providers generate the system and apply the communications under their own authority. The ITU could intercept this process, instill a charge and the payment would be passed down to the customer. Remote connections would obviously become more costly, although it takes the same amount of data exchange to make all digital connections.

In addition, the ITU could have backdoor peering abilities as most ISPs do because the exchange of traffic on the internet occurs without exchange in the physical world, the ITU could be watching all movement on the Web without detection and claim fees based on observations that are not confirmable or verifiable.

It is expected that the ITU would begin a sort of taxation that international telecommunications corporations would be expected to pay for the ITU’s handling of web traffic as it flows across the world. ITU members would be privy to the new found cash flow that would be in the hands of international governance; which could begin to line the pockets of the UN in record time.

Earlier this month, the US House of Representatives voted against the International Telecommunications Union (ITU) and their scheme to oversee an “increased government control over the Internet” that would “undermine the current multistake-holder model that has enabled the Internet to flourish and under which the private sector.” The European Parliament in England paved the way last month by passing an identical resolution.

The unilateral vote was 397-0 to approve the fight against the UN and their international move to control the Internet.