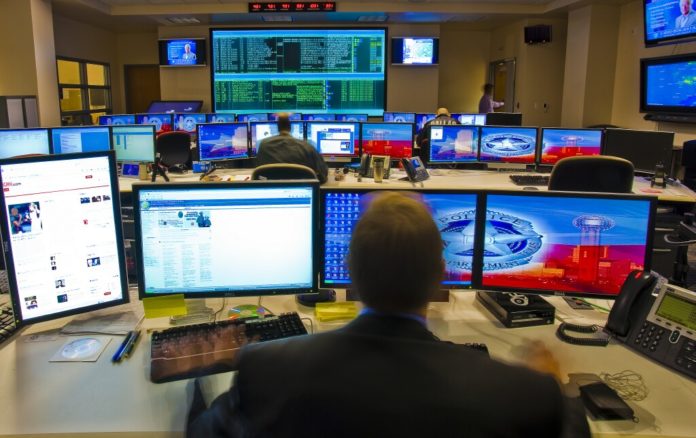 In July of this year, it became apparent through a flood of mainstream media reports that the National Security Agency (NSA) was “desperate to hire new hacking talent to protect the nation’s critical infrastructure” yet the NSA is notorious for its surveillance programs on American digital activity.

David Petraeus, former director of the CIA, said at a summit for In-Q-Tel, that he was speculating on the “internet of things” and that “‘Transformational’ is an overused word, but I do believe it properly applies to these technologies . . . particularly to their effect on clandestine tradecraft.”

Petraeus is seeking to better the CIA’s ability to create online identities for undercover spies. Currently, each internet user has a digital footprint that can trace the movements online to the person on the other end of the screen. Petraeus wants to utilize technology that will essentially erase a digital footprint; erasing all traces of anyone at the whim of the CIA.

In a possible preparation for the ability of the CIA to spy on American citizens with their household items, the NSA’s Utah Data Center is located in the Utah desert in the foot hills of the Wasatch mountain range. This is the centerpiece of the Global Information Grid; a military project that collects yottabytes of data. They are listening to every conversation, reading every post, intercepting every text message under the false flag of terrorism.

The facility has the technological ability to record and analyze every communication in the world. From emails to phone calls to text messages to chats; nothing is private anymore.

Based on “threat Levels” the NSA can use all the technology at their disposal to obtain information on:

This information could be used at Fusion Centers for the DHS to create a more efficient profile on each and every American citizen. The implications are staggering. This ability to collect these types of data are a violation of the 4th Amendment guard against unreasonable searches and seizures. By collecting intelligence on every American citizen, the US government is treating everyone as if they were a potential foreign or domestic terrorist. Whether this assumption is valid or not, under the US constitution, Americans are supposed to be protected from intrusion of government; even if that government is their own.

At the same time the NSA spy center was being constructed, Attorney General Eric Holder new guidelines for the National Counterterrorism Center (NCTC). These guidelines will allow the NCTC access to data on American citizens once held under right to privacy. The NCTC will focus on collecting and sharing information; regardless of whether or not there is the threat of terrorism. The will collaborate with local state officials, tribal courts and private partners; as well as the FBI and DHS and other federal agencies.

The Obama administration empowered the NCTC with the authority afforded Obama under Presidential Executive Order 13354. This EO was codified by the Intelligence Reform and Terrorism Prevention Act of 2004. The NCTC reports directly to the President and director of National Intelligence as instructed by the President and Department of Homeland Security (DHS). Sen. John McCain was integral in the creation of this combination of military strength and governmental power culminating in all-encompassing tyranny.

Both private and public corporations will be employed to mine the data. Silicon Valley and other technology giants in the private sector will have open access to private information on any and all American citizens.

Since the manufactured attack on 9/11, the US government has created a “vast domestic intelligence apparatus” that spies on Americans and collects massive amounts of data to be profiled and used at the discretion of the Federal Bureau of Investigations (FBI), local law enforcement, DHS and military criminal investigators. The FBI and NSA house more than 1.5 billion government and private sector profiles. The information on average citizens includes all sources of criminal and non-criminal databases that assist the US government in creating a filing system on each American.

The NSA has a comprehensive program to search out our schools into scouting grounds for a team of American grown hacker community. The Obama administration has made it a concern of theirs that the future of cybersecurity rest with the college graduates of tomorrow. The NSA is focusing on colleges and universities within the US. Four schools have already been singled out as official Centers of Academic Excellence in Cyber Operations (CAE-COP).

The CAE-COP focuses on recruiting persons with “particular emphasis on technologies and techniques related to specialized cyber operations (e.g., collection, exploitation, and response), to enhance the national security posture of our Nation.”

Those chosen for this program become vital researchers expected to assist the NSA in:

These “cyber operators” are trained to become an elite team of “computer geniuses” that are experts in computer hacking, digital communications, cyber intelligence – for the purpose of spying on Americans; as well as conducting interactive digital psy-ops with users of the internet.

Earlier this month, Janet Napolitano, in her blog entitled “Inspiring the Next Generation of Cyber Professionals”, would like future generations to learn about cybersecurity so that their contribution to the federal government is secure to “ensure their professional development.” The collaboration of the Department of Homeland Security and the National Security Agency will support “the nation’s educational infrastructure by supporting Centers of Academic Excellence” to make sure that the “scope of cyber education” becomes an important function for those in the field as inspired by the National Initiative for Cybersecurity Education (NICE).

NICE is meant to “establish an operational, sustainable and continually improving cybersecurity education program for the nation to use sound cyber practices that will enhance the nation’s security.” The National Institute of Standards and Technology (NIST) oversee NICE by providing information and leverage to encourage the development of citizens to become “responsible” when using the Internet.

Beginning in kindergarten, Napolitano hopes that the DHS-sponsored US Cyber Challenge will provide schools, universities and all forms of academia in the private sector the federal government-allocated tools they would need to “develop the best and brightest cyber talent to meet our nation’s growing and changing security needs.”

In 2011, the NICE report entitled, “Shaping the Future of Cybersecurity Education”, explored intercepting children in the public education system, as well as continuing the focus throughout their educational career, there can be a national recruitment and retention process that produces “skilled workers for the private sector and government.”

Napolitano’s Secretary’s Honors Program for Cybersecurity Professionals is meant to recruit college students for the purpose of assimilating their talents into the federal government for “missions including cyber” security as defined by the DHS Advisory Council Task Force on CyberSkills. This focus is to ensemble the most effectual cybersecurity team comprised of civilians, US veterans and those educated specifically in the field of IT technologies. For the sake of national security, DHS is selecting the most technically skilled citizens in the avenues of malware and digital forensic analysis, to participate in the Cybersecurity Internship Program for a 2-year internship that will result in a devotional career in the federal government and service to Big Sis.

In August, the DHS was central in the taking of domain names for websites without due process or explanation – simply using the blanket claim of copyright infringement. Holder and Napolitano received correspondence from several members of the House of Representatives who were in protest of the domain name seizures, citing that the copyright claims were questionable and that the websites were clearly being censored for alternative reasons.

The letter stated that: “Our concern centers on your Department’s methods, and the process given, when seizing the domain names of websites whose actions and content are presumed to be lawful, protected speech.”

According to Lynnae Williams, former CIA clandestine service trainee and DIA analyst, the FBI and CIA use trolls to monitor social media and interact with users to discredit information disseminated on the web. Williams explains that the CIA provides training videos to new recruits on how to troll the internet. Once a target is locked-in, all open source information is obtained on the individual, and then any angle to discredit them in public forum is used on social media sites.

In 2011, the CIA revealed its Open Source Center where recruited personnel are used as government trolls to “analyze” websites for information pertinent to the objective of the US government – meaning discrediting targets on certain websites. Under the guise of conducting business intelligence (i.e. cyberespionage), the Open Source software gathers digital data on targets; including all Facebook posts, Twitter posts, comments on website threads. Those assigned to monitor this data can interact with users online through anonymous portals. Agents are designated to surveillance operations to message anyone, analyze political and religious speech, assess trends and conduct electronic eavesdropping through cell phones, satellites and other digital apparatus.

Agents not only survey the internet and interact as anonymous persons through directed postings, but also are deployed to wander through the streets domestically and in foreign nations to monitor newspaper and other printed media to extract useful information about the temperament of the general public.

When professional trolls want to attack for copyright infringement, they may combine defamatory comments across the internet with a fraudulent DMCA notice of takedown, to discredit a source of information that they feel threatened by.

The EFF have reported on copyright trolls that experiment with claiming copyright infringement to “extract settlements from individuals.” These trolls “try to grow businesses out of suing Internet users.”

Professional trolls litter the court system with frivolous lawsuits based on wild accusations of copyright infringement in order to wear down the victim as well as hoping to squeeze monetary restitution for fraudulent claims. The members of the alternative media as well as readers need to be aware of these individuals who are cloaked in truth yet rife with disinformation. Their intention is to cut off the free flow of information on the internet and stifle voices that are exposing truth for their own selfish gains. 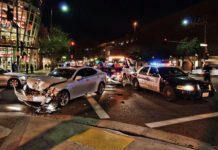 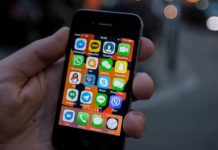 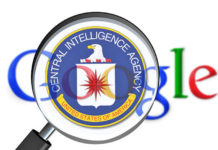