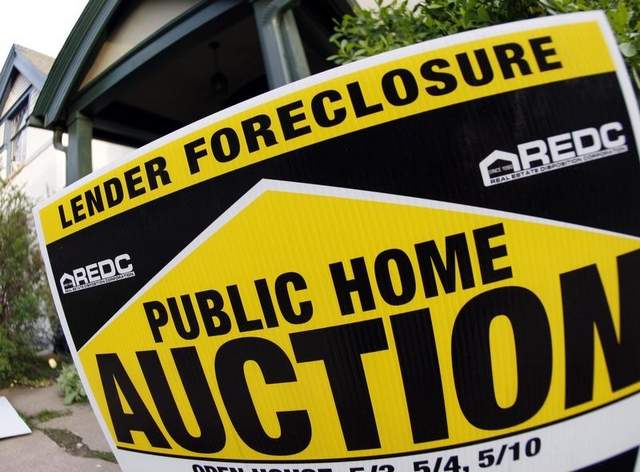 As of August 9th of this year, the banks are legally allowed to co-mingle customer segregated funds with their own if the financial institution is insolvent, under duress or in bankruptcy. In other words, the technocrats have made the theft that Jon Corzine committed a non-criminal offense.

The latest scheme of the banking cartels has been introduced as QE3, which is nothing more than a massive land-grab in the domestic US by the technocrats under the guise of purchasing the mortgage-backed securities through the Federal Reserve to alleviate the pressure the banks are feeling from the bait-and-switch they caused.

Essentially, as the Fed buys the mortgage-backed securities, the central bankers now own all those properties which were bundled and securitized. The experts are still coming to terms with how many homes, small business, small farms and other lands were mixed-up into this Ponzi scheme. The actual total numbers of victimized Americans are continuing to rise and are currently unknown. However, it is clear that as this monster grows, it will be the Federal Reserve at the helm, making sure that more Americans are displaced and foreclosed on.

It is not the value they are after. Bernanke sets the tone for that with interest rates. It is the physical property that interests the central bankers. And this is a massive land-grab – the likes of which has never been attempted in the US and are likely to be a major contributor to our downfall as a sovereign nation. Through the mortgage-backed securities, the central bankers will literally own most of the domestic US.

Charles Plosser, president of the Federal Reserve Bank of Philadelphia, stated that purchasing toxic assets is investing in “diminishing returns” and that “the evidence is not strong that somehow more (bond purchases) are going to help the unemployment rate move faster to where we’d like it to be. I don’t see that there is much benefit.”

Under QE3, the US dollar will be devalued even further, driving prices up on food, gas, utility bills and every else we purchase with Federal Reserve notes. This global Ponzi scheme moves newly printed money into the expanded infinity that is hyperinflation. 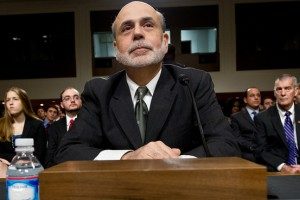 Quantitative Easing and its effects, according to the Bank of England, benefits “mainly the wealthy.” This plan boosts “the value of stocks and bonds by 26 percent, or about $970 billion.” It is understood that quantitative easing incites “social anger and unrest.”

In July, the first audit of the Federal Reserve Bank of New York (FRBNY) was published by the Government Accountability Office (GAO). According to Senator Bernie Sanders: “As a result of this audit, we now know that the Federal Reserve provided more than $16 trillion in total financial assistance to some of the largest financial institutions and corporations in the United States and throughout the world. This is a clear case of socialism for the rich and rugged, you’re-on-your-own individualism for everyone else.”

The GAO audit states that this transfer of funds from the FRBNY to the Central Bank of China was an “unusual and exigent circumstance” that warranted the “emergency authority” of the Federal Reserve Bank of New York (FBNY).

Sanders points out that the FRBNY gave massive amounts of money to foreign banks and multi-national corporations. Sanders said: “No agency of the United States government should be allowed to bailout a foreign bank or corporation without the direct approval of Congress and the president.”

To know what the central bankers are truly doing with America’s money, more than just an audit of the FBNY has to happen.

At the same time the American public is being introduced to QE3, there is little attention being placed on how devastating this scheme will be to US citizens who live on fixed incomes, elderly Americans who depend on their social security checks and all others who have been socialized by needing entitlement programs like Food Stamps, unemployment benefits, and welfare checks.

The social security program has been played on the stock market and is dependent on this Ponzi scheme as are an estimated 56 million Americans who collect those checks. As the Federal Reserve’s low interest rate policy destroys the securities that are entitlement programs, there will be nothing left in the funds by 2030. Without earning interest on the funds in social security, the program will fail.

The US government benefits from social security because the monies are invested in the federal government. “All securities held by the trust funds are “special issues” of the United States Treasury. Such securities are available only to the trust funds.”

As social security is slated for 25% in cuts, “anyone who is 55 or older should be worried about this. Based on current law, all SS benefit payments must be cut by (approximately) 25% when the TF is exhausted. This will affect 72 million people. The economic consequences will be severe.”

Within the Patriot Act of 2001 was the creation of a private police for all of the Federal Reserve Banks.

According to Section 364, entitled Uniform Protection Authority for Federal Reserve: “Law enforcement officers designated or authorized by the Board or a reserve bank under paragraph (1) or (2) are authorized while on duty to carry firearms and make arrests without warrants for any offense against the United States committed in their presence…Such officers shall have access to law enforcement information that may be necessary for the protection of the property or personnel of the Board or a reserve bank.”

Falsely claiming to be a “government organization”, these police officers may work with local law enforcement in their region; however, they are beyond those police departments in so far as structure and power.

The Federal Reserve Banks have been preparing for financial collapse in America by acquiring firearms, ammunition, and control over private mercenary corporations like DynCorp and ‘Blackwater” as authorized by the Department of Defense (DoD) directive 3025.18.

Named as investors for the amassing of gun and ammunition manufacturers are Citi Bank, Bank of America, Barclays and Deutsche Bank who are pouring money into Cerberus and Veritas Equity who have taken over private corporations involved in the controlling riot situations.

While preparations for financial collapse and technocratic acquisition of mercenary military forces are being laid out behind closed doors, Bernanke announces to the sleeping American public that the Fed now own every property that has been foreclosed on, is currently in foreclosure and will be foreclosed on in the future.

When will we stop complying with this system?