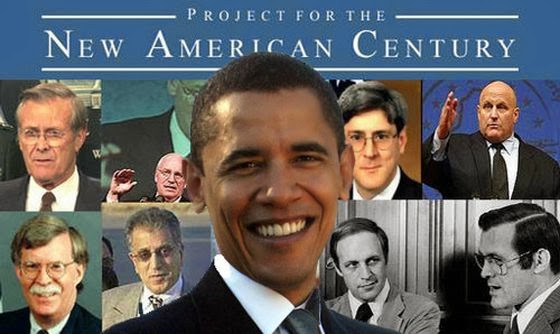 Kelly Keisling, Tennessee state Representative, is concerned that the Obama administration and the Department of Homeland Security (DHS) are planning events that will lead to “martial law”.

The DHS is seeking to hire “role players” for TSA and Air Marshall programs beginning in December 2012.

The use of role players facilitates training exercises for the US armed forces. Those same training exercises that were conducted during the 9/11 attacks which caused confusion and may have been the catalyst to allowing for the globalist-controlled destruction the Twin Towers to go through without disruption.

Private sector persons provided by the DHS could and probably would be used to create a false flag attack by their mere presence.

The solicitation and culmination of this possible coming false flag may be on or around the time of December 2012. With the assistance of Obama, as Commander-in-Chief, the suspension of the 2012 elections could be declared with an executive order for preservation of continuity of government.

The planned false flag attack, according to a DHS whistleblower, will be a staged assignation attempt on Obama that will be linked to a white supremacist group that will be used to incite black and Hispanic Americans into starting riots all across the nation.

This race war will be the situation needed to implement martial law effectively locking down the US, US Army control of the urban cities, erecting DHS checkpoints on all major points of travel, severe restrictions on travel for all citizens and the suspension of elections to ensure that Obama remain seated as the President of the US.

The DHS informant stated: “The DHS is actively preparing for massive social unrest inside the United States. He then corrected himself, stating that ‘a civil war’ is the more appropriate term. Certain elements of the government are not only expecting and preparing for it, they are actually facilitating it.”

The DHS informant stressed that by using the Arab Spring as a model, riots would be staged in a “controlled chaos” as was “envisioned by these conspirators are riots starting in urban areas such as New York, followed by a disruption of business and commerce. They want to restrict travel, if not through high energy prices, then by checkpoints and curfews mandated by the rioting and unrest…The whole purpose is to keep Obama in office for another term, no matter how unpopular he is, as he is not finished changing our country from a Constitutional Republic.”

Once riots begin, DHS will be deploying US armed forces into urban cities to take control. After a planned disruption of commerce, the manufactured problem will be complete. Full-blown marital law will be in place.

The latest false flag attack involving a firearm was supposedly committed by Wade Michael Page who just happens to be an alleged white supremacist who is attacking a Sikh Temple.

Page, being a US Army veteran was a psychological operations specialist from Fort Bragg, North Carolina. His duties would have been to analyze, develop and distribute intelligence used to coerce the general population for a specific and desired psychological effect.

Surprisingly, Joseph Crowley of the House of Representatives wrote a letter in April to Attorney General Eric Holder and FBI Director Robert Muller, warning about this exact type of incident and requesting that the FBI monitor Sikh temples.

We should be vigilantly watching the mainstream media and pay close attention to the next false flag involving a gun, possibly more ties to white supremacy groups and attacks on constitutionalist movements that support the fight for our Constitutional Republic.

The mainstream media are pushing Page’s “neo-Nazi” ties and covering white supremacist connections that fall right in line with the narrative proposed by the DHS informant. By setting the stage now, the global Elite are paving the way for the false flag attack on Obama in the future – just in time for election season.

With the 2011 attack on the White House meant to become a full-blown incident that did not manifest, the DHS was poised to take over should their plans go off without a hitch. However, the accused that fired a rifle shot at the White House did not create a stir large enough in the American social meme as to create the uncontrollable riots the global Elite are manufacturing so that martial law can be instilled.

If the attempt on Obama’s life could not be enacted, a second assassination scenario may be brought to fruition involving the First Family. This would be the global Elite’s Plan B.

In the mainstream media, a story about a Washington, DC police officer that made a threat against the First Lady to fellow officers surfaced, yet just as quickly disappeared. Over breakfast, the officer allegedly said he would shoot Michelle Obama, the showed a picture of a gun he’d use on his cellular phone. Although the officer was not identified the idea was placed into the social meme. And it follows the plans cited by the DHS informant and lends credibility to his story.

Obama, as far as the globalists are concerned, must remain in office because he “has unfinished business and must be re-elected; even if this means creating a reason for Obama to declare the 2012 elections indefinitely postponed. The end-game plan for America is its destruction as a Constitutional Republic, with the assistance of the agencies under the umbrella of the DHS.”

The signing of the National Defense Authorization Act (NDAA) into law gave Obama the means by which the US government could remove “suspected terrorists” from the general population, detain them indefinitely without right to trial and subjugate them to Guantanamo Bay-style treatment.

One snag in that strategy came last May when Federal Court Judge Katherine Forrest, in Manhattan, New York, stated that Obama failed to “pass constitutional muster” and ordered that the US military could not arbitrarily imprison Americans based on alleged terrorist activity in regard to the indefinite detention clause in the NDAA.

Lawyers for Obama and Leon Panetta, US Defense Secretary, have filed an appeal to reverse Forrest’s ruling in the 2nd US Circuit Court. Obama wants to be able to claim anyone a terrorist and have the right to imprison them without charge.

Forest wrote in the 68-page ruling: “There is a strong public interest in protecting rights guaranteed by the First Amendment. There is also a strong public interest in ensuring that due process rights guaranteed by the Fifth Amendment are protected by ensuring that ordinary citizens are able to understand the scope of conduct that could subject them to indefinite military detention.”

The justification for this reversal is that since that no citizen has been indefinitely detained yet, the clause should be open as an option. Legal representatives for the US government says that the ability to detain belligerent citizens must be allowed because of the threat of militants aligned against the government are deserving of such punishment.

Section 1021 of the NDAA, which was upheld by Congress, gives the US President the authority to hold a citizen for terrorist suspicions without just cause or proof “until the end of the hostilities” which is an indefinable amount of time.

In April, Virginia has passed a law that essentially refuses to comply with the indefinite detention provisions in the NDAA.

Complete cooperation in this false flag event would surely assist in the march toward a full globalist takeover of our Constitutional Republic, however it is not necessary. With the work of the corporate-controlled mainstream media, the masses are expected to fall in line and perform their function in this ultimate Hegelian Dialectic.