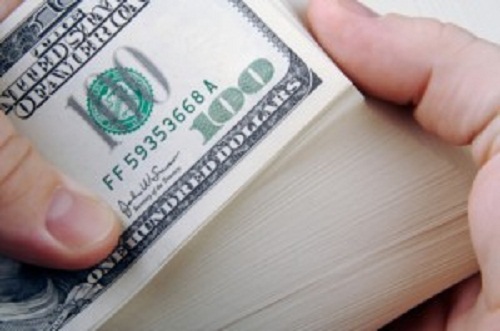 In June of 2012, Eric Bloom, former chief executive, and Charles Mosely, head trader of Sentinel Management Group (SMG) were indicted for stealing $500 million in customer secured funds. Both Mosely and Bloom were accused of “exposing” customer segregated funds “to a portfolio of highly risky derivatives.”

These customer funds were used to “back up personal investments” which were part of “collateral for a loan from Bank of New York Mellon” (BNYM). This loan derived from stolen customer monies was “used to purchase millions of dollars worth of high-risk, illiquid securities, including collateralized debt obligations, or CDOs, for a trading portfolio that benefited Sentinel’s officers, including Mosley, Bloom and certain Bloom family members.”

Fast forward to August 9th of 2012, and the 7th Circuit Court of Appeals (CCA) rules that BNYM can be moved to first in line of creditors over the customers that had their funds stolen by SMG.

When a banking customer deposits their money into their bank account, the Federal Deposit Insurance Corporation (FDIC) and Securities Investor Protection Corporation (SPIC) are in place to protect the customer from fraud or theft. The ruling from the CCA means that these regulatory systems will not insure customer funds, investments, depositors and retirees who hold accounts in banks. In fact, the banking institution is now legally allowed to use those customer funds deposited as collateral, payment on debts for loans made, or free use on the stock market to purchase investments as the bank sees fit.

Fred Grede, SMG trustee, explained that brokers are no longer required to keep customer money separate from their own. “It does not bode well for the protection of customer funds.”

Since the ruling gives banks the right to co-mingle customer funds with their own, no crime can be committed for the use of customer deposited monies.

According to Walker Todd , former lawyer for the Federal Reserve Bank of New York and Cleveland: “Basically, there is a new 7th Circuit opinion saying that there is no reason to impose a constructive trust on a lender’s takings of customers’ funds from client commodity firms that were used (inappropriately) to secure the firms’ borrowings, as long as the lender can say that it did not know WITH CERTAINTY that customers’ funds were being repledged. Negligence and misappropriation (vs. knowing criminal intent) are now a sufficient excuse for letting the lender keep the money and go to the head of the line for distributions in bankruptcies of the client commodity firms.”

When a customer deposits money into a bank, the bank essentially issues a promise to have those funds available when the customer returns to withdraw the deposited amount. When the same customer withdraws funds from their account (whether checking or savings) the customer assumes that the bank has enough funds to cover their withdrawal; including the presumption that their monies are separate from the bank’s assets.

Now, those funds are up for grabs by the bank at their discretion without explanation to the customer – nor is the bank obligated to recoup the customer should they “lose” those funds due to bad loans, bankruptcy or stock market loss.

In Texas, Pamela Cobb, manager of Bank of America (BoA), stole an estimated $2 million from customer funds for personal use. Cobb had been taking customer segregated funds since 2002.

Customers have complained of fraudulent charges placed on their accounts that BoA cannot explain. When the customer brings these charges to the in-house fraud department, they are given the run-around until they acquiesce.

In 1992 to 2003, Citibank called their theft of customer funds “account sweeping” wherein they stole more than $14 million from customers nationally. Using computerized credit card processes to remove positive and negative balances from customers, the scheme included double payments or funds paid out on returned purchases that were then attributed back to the customer.

At Chase Bbank, an anonymous employee opened an account under a customer name (targeting an Alzheimer’s sufferer), complete with a personal debit card. An estimated $300 per day was withdrawn on the fraudulent account. When family representing the victim alerted Chase, they brushed them off with an internal investigation claim – even as the family sought legal action.

Banking fraud against the elderly has risen of late, since banks realize they can steal massive amounts of cash from their aging customers with little to no repercussions.

The recent ruling on SMG has given the banking industry the legal backing they have been lacking when stealing from their customers.

Our financial institutions have been planning for a financial collapse wherein the US government will not offer assistance. The resolution plans required by the Federal Reserve Bank, described schemes to have the major domestic banks remain afloat by selling off assets, finding alternative sources of funding, reducing risky measures that make a quick buck. These strategies were to be perfected with “no assumption of extraordinary support from the public sector.”

The mega-banks, through Wall Street, are also acquiring firearms, ammunition and control over private mercenary corporations like DynCorp and “Blackwater” as authorized by the Department of Defense (DoD) directive 3025.18.

Named as investors for the amassing of gun and ammunition manufacturers are Citibank, BoA, Barclays and Deutsche Bank who are pouring money into Cerebus and Veritas Equity who have taken over private corporations involved in the controlling riot situations.

Of recent, when withdrawing cash from an ATM, the daily allotted amount has decreased with some banks, thereby forcing the customer to go into the branch and extract the difference with a teller. At this point, according to anonymous informants, the customer is taken into a backroom to be questioned as to why they want the cash, what they are purchasing with the cash, why they are not choosing to use a debit card or another form of digital trade to make the purchase. These questions are not only intrusive, they are illegal.

Some anonymous sources have said that banking representatives who conduct the integrations are directed to keep a record of customer responses on an online application that will be sent to the FBI in conjunction with Patriot Act mandates on tracking banking activity.

Customer funds are no longer secure, no longer backed by the FDIC or other insurance corporations, and banks are legally allowed to co-mingled customer money with other funds of the bank. The only safe place for your money is with you.

Now is the time to close your bank account.