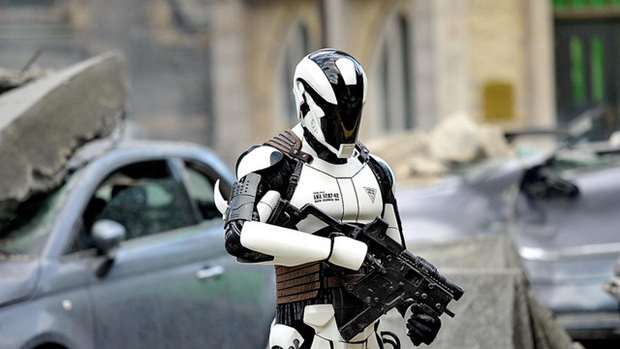 Because of the risks involved in rescue aid workers and human response teams, DARPA awarded Boston Dynamics, Inc. a $10.9 million contract to manufacture humanoid robots that are bi-pedal, built like humans and have a sensor head with on-board computing capabilities. Completion of the project is expected on August of 2014.

These robots are being created to assist in excavation and rescue missions, according to DARPA. They could also be employed for evacuation operations during either man-made or natural disasters.

Kent Massey, director of advanced programs for HDT Robotics , who attended the DARPA meeting in which the purpose of the allocation of humanoid robotic technology was explained, said: “The goal of this Grand Challenge is to create a humanoid robot that can operate in an environment built for people and use tools made for people. The specific challenge is built around an industrial disaster response.”

Another of DARPA’s interests into robotics is the Avatar for the allocation of bi-pedal robots and essential super-soldiers and has devoted $7 million of its $2.8 billion 2012 budget to developing “interfaces and algorithms to enable a soldier to effectively partner with a semi-autonomous bi-pedal machine and allow it to act as the soldier’s surrogate.”

These human-controlled robots will be strong enough to “clear a room” and “facilitate sentry control and combat causality recovery.” Yet these “terminators” would easily be the most effective weapon against civil unrest or radical revolutionaries that did not subscribe to the globalist agenda.

In high-risk tactical situations, autonomous robots could replace trained personnel without threat of injury or loss of life. Under the direction of a tactical commander, those robots could be released to provide safe and secure assurance of mission completion. Possible voice recognition software could be used to allow the commander to direct the robot, convey commands, and gather information about the environment before deploying human law enforcement.

Autonomous robots, equipped with Taser guns have already been sold to police departments across the nation. iRobot of Massachusetts manufactures PackBot who carries lethal weapons. While these robots were first introduced as assistance in military missions in Iraq and Afghanistan, they have found their way into local police departments.

The Naval Research Laboratory interests SAFFiR, the Shipboard Autonomous Firefighting Robot. SAFFiR is an autonomous bipedal humanoid robot, based on the CHARLI-L1 robot created at Virginia Tech. This robot can interact with humans with a comprehensive response system that utilizes language – including slang to make it more familiar. A robot that can hold a conversation and fight fires is quite impressive.

In 2008, the Pentagon solicited for the advancement of Multi-Robot Pursuit System technology which is the development of a team of robots to search for and detect human presence in an indoor environment.

These robots, although only semi-autonomous, have been theorized from the gaming community arising out of first-person-shooting games. A team of robots could be under the direction of one human operator. The purpose of this robotic technology would be to seek out and detect non-cooperative human subjects.

The beginning stages of the global Elite’s visions for “robots to hunt down humans like a pack of dogs” are becoming a reality. These robots will be armed and autonomous. Their cranium sensors will be able to “detect human breath and the radio waves associated with a human heartbeat.”

A force of robotic “peacekeepers” that are programmed to become violent without remorse – will enable the government to organize and act where human law enforcement may hesitate.