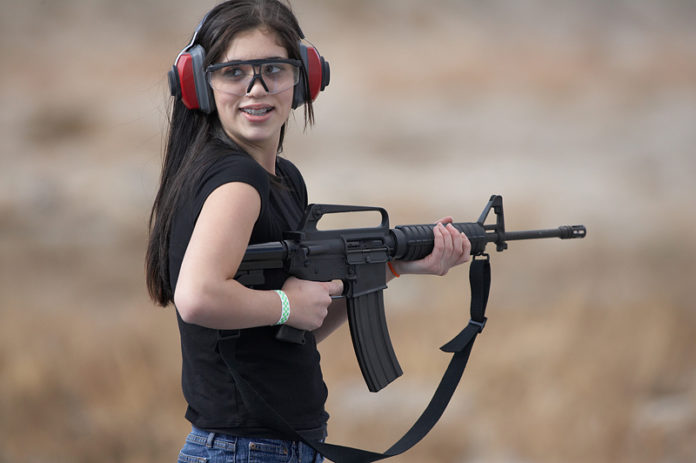 The medical industry in conjunction with Big Pharma wants to classify the right to keep and bear arms as a mental disorder in another power grab to circumvent and eventually destroy our Constitutional 2nd Amendment.

More and more doctors are forcing the idea that we need a national healthcare approach to the problem that the recent shootings provide. While tobacco and alcohol are regulated, why not include the right to bear arms?

Dr. Garen Wintemute, professor of emergency medicine at the Prevention Research Program speaking about the installing of public guardrails, said: “People used to spear themselves and we blamed the drivers for that.”

The staged shootings in Colorado and Wisconsin are being used by some scientists to declare gun violence be treated like any other mental disease – and perhaps by popping a pill, American citizens would forget to fight for their 2nd Amendment rights.

Dr. Stephen Hargarten of the Research Center at the Medical College of Wisconsin claims: “What I’m struggling with is: Is this the new social norm? This is what we’re going to have to live with if we have more personal access to firearms. We have a public health issue to discuss. Do we wait for the next outbreak or is there something we can do to prevent it.”

Hargarten supports the limiting of access to all firearms in his advocacy with the Firearms Injury Center at the Medical College in Wisconsin which is funded by a US government grant to lobby taxpayers into believing that removing the 2nd Amendment will stop gun violence.

An estimated 260 to 300 million firearms are owned by American civilians which equals 1/3 of US households. While gun-related deaths are not raising according to police records, the fear-mongering continues as a supposed trend with no justification.

Propaganda studies into gun ownership claim that alcohol abuse causes the likelihood of gun-related violence to rise, according to Wintemute. Banning assault weapons would control the amount of rounds a person could shoot, while the police officers would still be allowed to tout automatic pistols. By restricting gun sales to include minor misdemeanors as well as convicted felons, 40% of gun sales would be curbed. And with the classification of gun support as a mental disorder, more control could be placed on who ultimately can own a gun.

By devising tactics to reduce shootings, experts are trying to legitimize profiling so that they can identify who would be most likely to commit such a crime. Combining the psychiatric industry with pre-crime seems to be a relationship conceived by the global Elite.

More mainstream support for mixing gun control with pharmaceuticals come from Paul Barrett who has authored a book that coincidentally claims that current gun laws are ineffective and need to be stricter to prevent more deaths. Barrett says: “Criminologists have studied it, and the consensus is that those laws simply did not have a statistically meaningful effect on crime rates.” He also feels that the mainstream media focus on the shootings themselves ignore the actual problem which is actually a “social problem” which is subverted by “the overall gun homicide rate.”

Daniel Webster, co-director of the anti-firearm John Hopkins Center for Gun Policy and Research, asserts that “gun ownership—a precursor to gun violence—can spread ‘much like an infectious disease” and wants healthcare professionals to have influence over whether or not American citizens are legally allowed to possess firearms. Webster would like to see Obamacare have ultimate control of the classification of mental states with regard to purchasing and obtaining FBI clearance for a gun.

As Obama has done in the past, an executive order could be signed to force the issue through compliance with Obamacare restrictions on those deemed mentally defective and unable to own firearms. As with the mandate through EO on religious institutions to provide birth control, Obama’s executive power can again be abused to ensure his bidding is done – like any good Fascist Dictator would do.

The blurring of the line between Liberal Democrats and covert Socialists is confusing the perception of the 2nd Amendment in the social meme being purveyed by the mainstream media. By aligning Constitutional authority with the convoluted power grabs of the Obama administration, our Republic for the people and by the people is quickly descending into a control grid of which there is no escape.

The link between gun control and healthcare is a coercive way to equate fear brought on my recent shootings and removal of Constitutional rights that stand in the way of the US government’s tyrannical declarations.