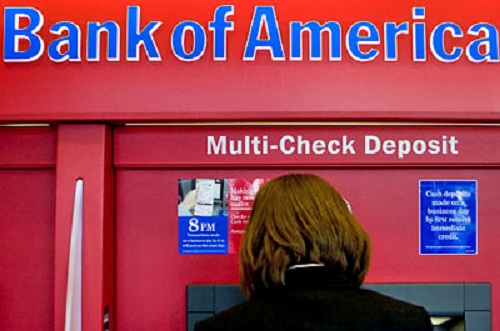 The biggest banks in the US have been given advisement by US regulators that they must make plans to stave off a complete financial collapse without relying on the US government. Bank of America, Goldman Sachs and other technocrats have secretly crafted worst-case scenarios in which they can continue to thrive during a full-blown domestic monetary crisis.

The Federal Reserve and the US Office of the Comptroller of the Currency (OCC) named Citigroup Inc., Morgan Stanley and JPMorgan Chase & Co. as well as others to devise “recovery plans” in 2010. Banks were directed to have schemes to remain afloat by selling off assets, finding alternative sources of funding, reducing risky measures that make a quick buck. These strategies were to be perfected with “no assumption of extraordinary support from the public sector.”

Resolution plans, required under the 2010 Dodd-Frank financial reform law describe how to liquidate banking assets without causing further damage to a failing financial system. By selling “non-core assets” without upsetting shareholders while protecting the monetary system, taxpayers and creditors is the work of the mega-banks who have contributed solely to the destruction of the global financial markets.

The OCC constantly monitors the largest banks and evaluates their resolution plans to provide assurance to the US government that financial instability will not destroy the banking industry in America.

The details of the resolution plans are considered confidential. While the mega-banks wait to see if another round of banker bail-outs will alleviate the pressure of the international interests as Bank of America and Citigroup begin to act as if they are implementing their resolution plans covertly.

Bank of America has sold off portions of their domestic assets to secure capital while Citigroup has followed suit. By ridding themselves of non-core assets, combined with bailout monies,

Citigroup, in their resolution plan decided by management meetings by regulators, will “make appropriate assumptions as to the valuations of assets and off-balance sheet positions.”

By adhering to initiatives provided by the Financial Stability Board, these mega-banks will, when they enact their resolution plans, coordinate with international banking institutions and regulators rather than simply implode.

While preparing for financial collapse, the technocrats on Wall Street are also acquiring firearms, ammunition and control over private mercenary corporations like DynCorp and ‘Blackwater” as authorized by the Department of Defense (DoD) directive 3025.18.

Named as investors for the amassing of gun and ammunition manufacturers are Citi Bank, Bank of America, Barclays and Deutsche Bank who are pouring money into Cerebus and Veritas Equity who have taken over private corporations involved in the controlling riot situations.

Across the nation, reports about the militarization of local police departments reflect Israeli influence in training exercises, according to a military analyst.

While preparations for financial collapse and technocratic acquisition of mercenary military forces are being laid out behind closed doors, even the mere mention of protest against the banking cartels is becoming a crime.

Recently David C. Gorczynski was charged with attempted bank robbery and making terroristic threats – and to add insult to injury, one misdemeanor charge of disorderly conduct. Gorczynski is only guilty of protesting outside a Wells Fargo Bank while holding one sign that read “You’re Being Robbed” and another that stated “Give a man a gun, he can rob a bank. Give a man a bank, and he can rob a country.”

Carl Scalo, Easton police chief said that “We can’t allow the perceived idea of protesting to be a defense to criminality. People have to understand if they want to protest, there’s a line.”

Mary Catherine Roper of the American Civil Liberties Union (ACLU) believes that the charges are “overzealous . . . especially given the clear political nature of the statements.”

Ever since the global fiat currency implosion that began in 2008, the banking cartels have been propping up the American financial system to stave off a complete monetary collapse in the US. However, it has always been their intention to bring down the monetary system in America. Ironically, Gauss may be the mode in which they are able to carry this out.

In the event that Gauss is used as an excuse to shut down the banking industry domestically to purge all computers of the virus, this would be the flashing red warning signal that the covert banking holiday has begun. Since all mega banks have resolution plans filed with the Fed, their insolvency would be superficial.

Once all customer funds were electronically transferred into off-shore accounts, the specialized police forces and hired mercenaries would be stepped forward to protect the technocrats from retaliation for their crimes.

Tactical manuals have already been written to explain how to lockdown urbanized centers in the event of a domestic insurrection. From law-enforcement battalions consisting of specialized Marine Corp military police to collaboration of a Police Stabilization Force, the resolution plans put forth by the mega-banks in conjunction with the DHS and the US Armed Forces preparatory measures, it is clear that when the monetary system in America finally does collapse, they will be prepared.