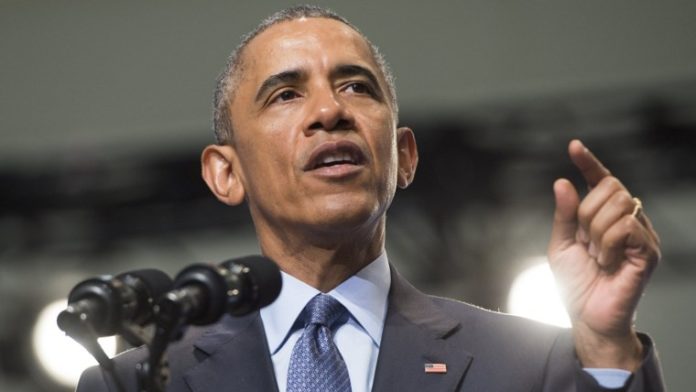 Obama has signed a secret order authorizing US support of the Free Syrian Army (FSA). The CIA and other agencies were empowered by Obama earlier this year to provide intelligence and training. As the FSA’s efforts have intensified in the last few months, the Obama administration is now admitting to arming them.

The support of technology to the FSA has vastly improved their ability to organize and attack the Syrian governmental forces. Smartphones and sophisticated computer equipment provided by the US government have given the FSA an advantage with guerilla clusters hold up in remote trenches with cellular phone communications.

A crafty directive was written, giving the US greater covert “non-lethal” assistance and the State Department “set aside” $25 million for the FSA.

Coinciding, another $4.6 million was supposedly being given over for “humanitarian assistance” through the UN’s World Hunger Program, the International Committee of the Red Cross and other various NGOs.

The US Treasury has granted release of funds to the FSA through the Syrian Support Group (SSG), a Washington representative of the FSA to conduct financial transactions. The SSG’s “vision” is to “promote the establishment of a free, independent and democratic Syria.” Whenever the ideals of democracy are brought to a foreign nation, through the assistance of the US government, American interests in the resources of that nation are evident.

Even US residents can donate money to the SSG through the US Treasury to assist Obama in toppling the Syrian government.

While the SSG claim to be a grassroots effort, they admit they are a nonprofit organization based in Washington, DC “committed to a pluralistic, civil and democratic Syria in which everyone, the military and the government included, are subject to the Rule of Law.”

While the mainstream media call them “rebels” the Syrian government announced killing and arresting “a number of terrorists” recently in the capital of Damascus. False reports of the battles in Damascus are covering up NATO attacks which are actually the Syrian government’s self-defense measures against the proxy war backed by the US government, Syrian National Council and French Special Forces.

Speaking for the Syrian National Council (SNC) is Bassma Kodmani, who was an attendee at the Bilderberg Meeting this year in Chantilly, Virginia. The SNC has had the closest contact to Obama’s administration and called specifically for US forces to militarily strike Syria early on in the conflict.

Kodmani has declared: “No dialogue with the ruling regime is possible. We can only discuss how to move on to a different political system.” She also has stated: “The next step needs to be a resolution under Chapter VII, which allows for the use of all legitimate means, coercive means, embargo on arms, as well as the use of force to oblige the regime to comply.”

According to US and European officials, noticeable improvements in the “coherence and effectiveness” of the FSA has marked a “significant change in assignments . . . by western officials.” Where the FSA was once described as “disorganized, chaotic and rabble” they are now provided US military intelligence through the CIA which has vastly improved their terrorist actions against Assad’s forces.

Video of FSA connecting them to al-Qaeda, the fake Islamic terrorist group funded by the CIA, showing members of the FSA brandishing AK-47s provided to them by the CIA and have al-Qaeda flags flying in the background.

The source directly admits that the CIA, through strategic secret bases in Turkey, are assisting with direct military and communications with the FSA. The “nerve center” is in the city of Adana (only 60 miles from the Syrian border).

Turkey supports the overthrow of Assad. Turkish authorities are also saying that the US government is increasingly becoming involved in providing the FSA with weapons and training. They have access to anti-tank weapons, guns and explosives.

European government sources assert that Saudi Arabia is funding the FSA while also sending weapons to support the violence. Russian Intelligence is saying that US troops are in Turkey at the Syrian border, according to Syrian officials.

The Russian Foreign Ministry has said it will not back the Saudi-drafted resolution on Syria that the UN resolved at a General Assembly meeting which would not only support but encourage the CIA-funded rebellion in Syria for the sake of over-throwing Assad. Russia claims this document is “unbalanced and one-sided” as well as the draft allocates “full responsibility for what is happening in the country … solely on the Syrian authorities” while leaving the opposition “outside the boundaries of the international community’s demands.”

The allegation by the FSA that the tank they used to strike the military base in Aleppo was actually procured by the US government to them. Also with tanks, the FSA have access to fighter jets and helicopter gunships.

Burhan Ghalioun, speaking for the Syrian National Council last week in Paris said: “If Aleppo falls, then automatically we are going to establish headquarters at the presidential palace. There will be nothing more that will stand in the way of the Free Syrian Army. Hama, Homs to the outskirts of Damascus has in large part been liberated.”

Russian Intelligence is saying that US troops are in Turkey at the Syrian border.