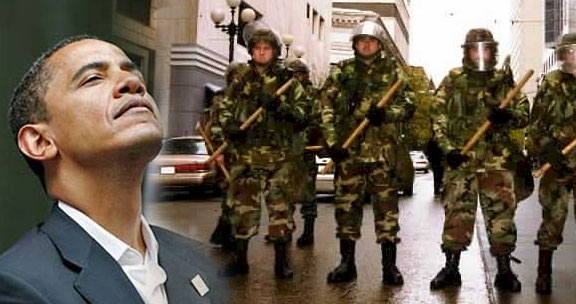 Surveillance drones have a new mission. According to the Department of Homeland Security (DHS) they will be used for “public safety”. Janet Napolitano, Secretary of the DHS, told a House Committee meeting on Homeland Security that the more than 30,000 drones that will be deployed into American skies are just arbitrarily watching out for US citizens.

Napolitano stated: “With respect to Science and Technology, that directorate, we do have a funded project, I think it’s in California, looking at drones that could be utilized to give us situational awareness in a large public safety [matter] or disaster, such as a forest fire, and how they could give us better information.”

Secretly, DHS have been taking bid for contractors who can install “aerial remote sensing” which uses light detection and ranging (LIDAR) that would be part of the unmanned drone missions within domestic US territory.

“DHS believes these airborne images are essential for homeland defense missions, such as planning for National Special Security Events (Super Bowls or a national political conventions come to mind); enhancing border, port and airport security; as well as performing critical infrastructure inventories and assessments” and has spent over $50 million to employ contractors, as well as processors for images and dissemination throughout the DHS.

Coincidentally, the Federal Protective Service (FPS) has been given the responsibility to protecting federally owned property while preparing for civilian led riots expected in the near future.

Part of the preparatory measures was an order of 150 sets of riot gear that was requested to be filled exponentially – within 15 days.

The items requested were:

The FPS is anticipating that police or military wearing the gear would encounter “blunt force trauma” to the upper torso, as well as potential beatings with “blunt objects”. To complement these outfits, are required riot helmets with “tactical face shield” equipped with “liquid seals”.

In addition, the US military are ready to assist with local law enforcement “if called upon”.

Five hundred military police and dogs will be allocated on civilian matters, as reported by mainstream media (MSM) have included the reallocation of hundreds of military police officers being trained to “assist local authorities” in investigation, crime scene and case building. These same soldiers were just stationed in combat areas like Afghanistan.

Meanwhile, the TSA have been patrolling trains stations and bus terminals in California.

The preparations that DHS and FPS are making for civil unrest may be tied to Article 15 of the UN Arms Trade Treaty (ATT). This part allows foreign troops (preferably NATO forces) to offer assistance in implementing the ATT. As the ATT does not specify an adherence to the 2nd Amendment, but rather make vague definitions of who can own a gun, what type of gun and for what purpose, the Constitutional rights we take for granted now will be stripped from us once the ATT is signed.

To downplay the severity of our American right to bear arms against tyrannical dictators foreign and domestic, President Obama stated at a National Urban League meeting that: “We recognize the traditions of gun ownership that passed on from generation to generation, that hunting and shooting are part of a cherished national heritage. I also believe that a lot of gun owners would agree that AK-47s belong in the hands of soldiers, not in the hands of criminals. That they belong on the battlefield of war, not on the streets of our cities.”

Richard Schrade, attorney and member of the Libertarian National Committee commented on the 2nd Amendment: “The Second Amendment was to protect the ability of the people to violently overthrow the government. Let’s remember that this country was formed in a violent revolution. Let’s remember that at Lexington and Concord citizen fired on and killed government soldiers sent by the central government to confiscate their weapons and arms…. When viewed in this light, it is apparent that a limitation on automatic weapons would be an infringement on the purposes of the Second Amendment.”

Wayne LaPierre, vice president of the NRA, has called out Obama as being part of “conspiracy to ensure re-election by lulling gun owners to sleep. All that first term, lip service to gun owners is just part of a massive Obama conspiracy to deceive voters and hide his true intentions to destroy the Second Amendment during his second term.”

LaPierre states that upon re-election, Obama will be “busy dismantling and destroying our firearms freedom, erase the 2nd Amendment from the Bill of Rights and excise it from the US Constitution.”