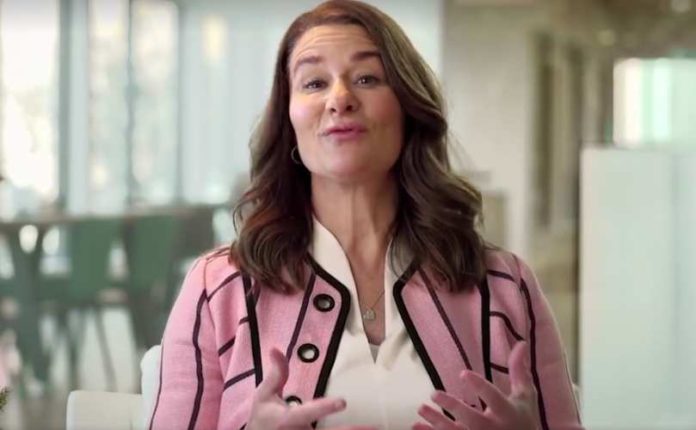 The Bill and Melinda Gates Foundation (BMGF) are hosting The London Family Planning Summit (LFPS) where they will purvey their depopulation and eugenics agenda in the name of women’s rights.

Both governmental and private sector representatives will be in attendance; where not only will lucrative deals for provision of contraception will be made, but the BMGF will secure donated funds to bring their brand of depopulation to third world nations.

The BMGF assert that by 2050 “the global population is expected to grow to over 9 billion people” and this is unacceptable to them. By applying pressure to social programs and resources, the BMGF want to use family planning as an investment for all national governments globally.

Delegates at the LFPS will team up with non-governmental organizations like The White Ribbon Alliance for Safe Motherhood (WRA) wherein they have pledged to make sure policies and political leaders are properly swayed in the direction of support their campaign.

The Department for International Development (DID) claims that as women die from unwanted pregnancy, those victims are prime candidates for their depopulation agenda. By simply controlling their ability to be fertile, the lives of countless women will be saved. Andrew Mitchell, aide to the DID said: “It is a shocking fact that pregnancy can be a death sentence for many girls and women in the developing world. What is all the more devastating is that many of these pregnancies were unintended.”

Mitchell is working intimately with Melinda Gates as she makes family planning her “top priority”. Gates hopes that the LSFP and her work with the DID “will galvanize a global movement” to sterilize and enforce contraceptives onto the majority of the under-developed nations populations; thereby ensuring that conception cannot take place.

BMGF has already been part of the UN’s land grab efforts in Africa, and now have given donations in coerced acquisition of African dairy farms. An $8.5 million dollar grant was extended through governmental channels in support of the East Africa Dairy Development project (EADD).

The NGOs associated with the UN in usurping lands from African farmers are also involved in the clever imitative with the BMGF to takeover profits and infrastructure of small dairy farms.

In London, Gates has gotten her rhetoric prepared in response to the supposed controversy surrounding contraceptives.

Speaking with CNN, Gates gave her diatribe on how she justifies her position as part of the global Elite who are actively seeking to depopulate the planet by 90%; starting in the third world nations.

Gates, who spends quite a bit of time with under-developed nations like Africa, says that the LSFP is “a partnership of national governments from developing and developed countries, foundations, the private sector and NGOs is launching a groundbreaking effort to make sure” that those in poorer nations do not have the expressed ability to procreate, but rather will be inundated with forced sterilization under the guise of family planning.

By supporting this effort, Gates believes she can prevent 40% of people who would otherwise have been born, thereby justifying family planning as a scheme to make women healthier who have “families are more successful and their communities are more prosperous.”

Simply put: the BMGF has classified “unwanted” pregnancies and they are focusing on eventually eliminating this number to reduce the world’s population. Africa, a big focus for the BMGF is being targeted along with Muslim nations.

In Senegal, Gates explains the BMGF “are investing in a pilot project to ensure that health clinics are always stocked with the full range of modern contraceptives, including implants, injectables and IUDs” to make sure their depopulation agenda is secure. The more sterilized women in poorer nations, the faster the overall human population will decrease.

BMGF has partnered with drug corporations like Shanghai Dahua Pharmaceuticals in China to develop implantable fertility controls that will be used in over 20 developing countries to curb population growth.

Gates has created a propaganda cartoon where the campaign to sterilize millions of women with Depo-Preovera is celebrated. She also remarked at a TEDxChange conference that Depo-Provera is best because it enables women to receive a shot behind their husbands back. Gates says: “Unfortunately this year a billion couple will have sex with one another. . .” and Gates’ only contention is that sterilization by way of contraception would “give them the right to decide” whether or not to have a child.

In the propaganda cartoon, the depiction of brown and black women as disfigured potatoes having much more fun because they have fewer children is not only offensive, but telling of how these global Elite view the people they purport to be “saving”. By preventing births, the film says that 600,000 people would not be born. Contraception as a first step in the global Elite’s plan to depopulation by appearing to help save lives of women could be quite effective.

The racial slurs in this “promotional video” are offensive to even supporters of the BMGF, who said that it is “condescending, inaccurate, and racist to imply that only dark-skinned people need our (white-skinned people’s) help,” and “loses all credibility the way it is.”

The future has no fathers, according to Gates. Only one child, only one woman.

The focus of BMGF on third world nations is clear. They are the most densely populated areas of the world. Their governments are able to take more advantage of their citizens than in industrialized countries. And they are less educated as to the real dangers posed by these NGOs, the BMGF and makeshift medical clinics where surgical procedures to force sterilize their countrymen and women.