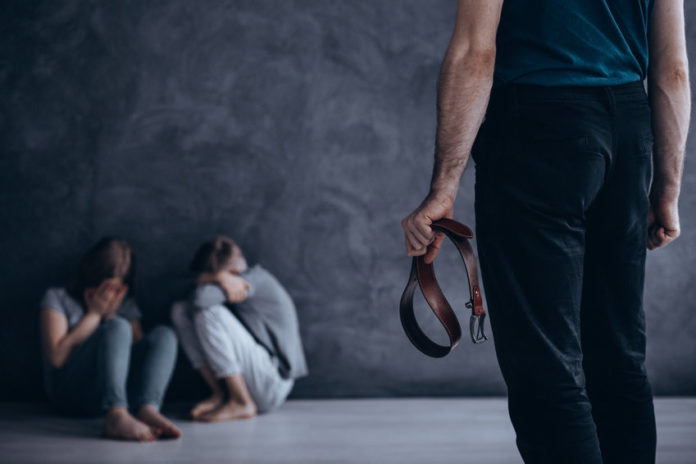 The researchers wrote that their study shows ” the risks associated with physical punishment is robust.”

The analysis was conducted by Dr. Joan Durrant of the family medicine and social sciences department at the University of Manitoba and Ron Ensom, of the Children’s Hospital of Eastern Ontario.

The authors of the study included the banning of physical punishment by 11 countries, following the adoption of the Convention on the Rights of the Child by the United Nations in the 1990s. Those countries were among the 191 of the world’s 196 countries who ratified the convention.

“Three forces — research, the convention and law reform — have altered the landscape of physical punishment,” the researchers said.

The UN’s Convention on the Rights of the Child (UNCRC) “legally binding international instrument” adopted in 1989 is a “special convention” of international leaders that outlines special needs of “people under 18 years old often need special care and protection that adults do not.”

The UNCRC admonishes governments and policymakers to “[commit] themselves to protecting and ensuring children’s rights and they have agreed to hold themselves accountable for this commitment before the international community.”

The UN defined the UNCRC beginning with the United Nations Charter in 1945. They defined family as the “the natural and fundamental group unit of society” and promised to enforce international mandates against any nation that did not uphold their definitions of human rights in individual sovereign countries.

By enforcing their “new vision of the child”, the UN sees children as an “individual” over the structure of the family and contributor to the “community” by declaring their “rights and responsibilities appropriate for [their] age and stage of development.”

The UN sees the advent of industrialized nations as ignoring the “special needs” of children. The UNCRC obligates governments to “amend and create laws and policies to fully implement the Convention; they must consider all actions taken in light of the best interests of the child.”

The study, published in the US journal Pediatrics, first analyzed theoretical correlations between psychological problems and spanking, while excluding more severe psychical and sexual abuse in order to isolate corporal punishment and single out the parental discipline.

The researcher’s definition of “harsh physical punishment” was pushing, grabbing, shoving, slapping or hitting as a form of punishment from parents.

The biased research showed that children who were spanked were 2 to 5% more likely to develop mental disorders. This information was taken from retrospective surveys from the National Epidemiological Survey on Alcoholism and Related Conditions conducted between 2004 and 2005 and encompassed of over 600 US adults over the age of 20.

Participants in the study were asked: “As a child how often were you ever pushed, grabbed, shoved, slapped or hit by your parents or any adult living in your house?”

Any response but “no” was counted as a “yes” and added to the coercive outcome that the researchers needed to prove their hypothesis.

Experts claim the number must be too low, considering more than 50% of the American population can recall being spanked as children. Yet this study will most certainly be used to “prove” that physical punishment will elevate the risk of problems “in the future”.

Dr. Joshua Williams, Faculty in the Department of Psychology and Director of the Perceptual-motor Learning and Action in Infants (PLAI) Lab at Armstrong Atlantic State University says: “Some of the first writings on education and physical punishment in education state the fact that physical punishment is typically ineffective as far as changing behavior. The implications COULD be severe. When you read the title it’s very catchy and tells you that spanking leads to this.”

Williams believes the decision to spank your child or not is subjective, however he strictly suggests that time-out and taking a child’s favorite toy away is much more effective in curbing unwanted behavior.

Alternative modes of thought see excessive use of time-out as resembling the confinement of imprisonment and taking away prized possessions teaches children that adults will betray trust and manipulate their children in order to ensure they behave as desired.

Roya Samuels, a pediatrician at Cohen Children’s Medical Center in New York, adds that “unruly behavior” has a strong genetic link that the researchers did not take into account. Samuels said: “Parents who are resorting to mechanisms of corporal punishment might themselves be at risk for depression and mental disorders; therefore, there might be a hereditary factor going on in these families.”

Victor Formari, director of director of the division of child and adolescent psychiatry at North Shore-Long Island Jewish Health System in New York, said: “The study is valuable because it opens the conversation about parenting.”

Formari was not involved in the study, but commented that the rate “is not dramatically higher, but it is higher, just to suggest that physical punishment is a risk factor for developing more mental disturbances as an adult.”

Researchers asserted that the mere memory of being spanked as a child could induce the adult mind to develop addictive and destructive disorders. While they failed to find direct links from exposure to corporal punishment and the advent of psychological problems.

The American Academy of Pediatrics opposes striking children for any cause and the Canadian Paediatric Society recommends that doctors strongly discourage the use of physical punishment.