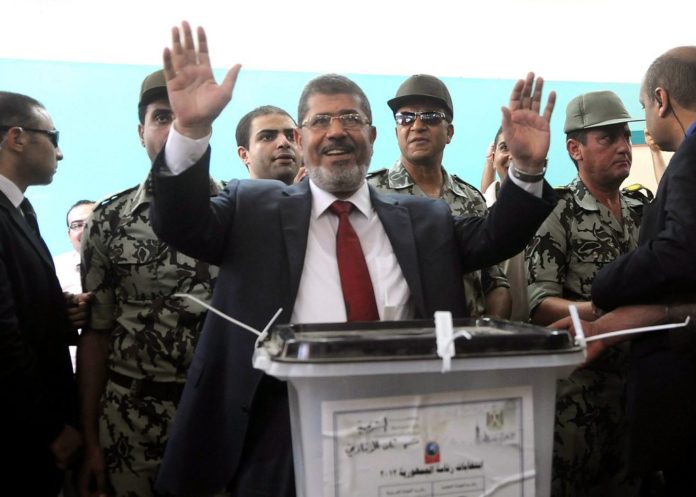 In Egypt, the presidency has been usurped by the terrorist group The Muslim Brotherhood (MB). In a mock election, the military leadership was replaced by an all-encompassing front man. And while the MB makes them comfortable controlling Egypt, in lieu of a governing parliament to provide checks and balances, the terrorists have legislative powers as well as presidential authority.

Salman Shaikh, of the Brookings Doha Center, believes that Egypt “could really explode.”

The entire government in Egypt, executive, constitutional, legislative and judiciary, if the country were to adhere to the current American model, are under complete control of the MB.

Announced by the extremist leadership at a press conference earlier this week, they will decree a constitution which guarantees “national security”. However, the agenda of placing such a group into power is yet to manifest.

Obama, a supporter of the radical group, sees them as a “relatively ‘moderate’ Islamist groups emerging as lead political players out of the Arab Spring in Egypt, Tunisia and elsewhere.” 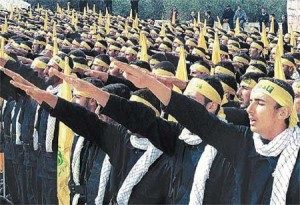 The MB, a seemingly pro-Islamist faction, has been integral in the redistribution of power in Arab nations as well as a strong influence of terror. They have participated in the Arab Spring that has been the instrumental factor in toppling governments of sovereign nations all across the Arab world.

Mohammed Mursi, member of the MB, will be the perfect leader to allow subversive control of Egypt under the guise of “coordination on our foreign relations, to build a kind of effective foreign relations for the Arab countries.”

In celebration of the elections, Obama gave the MB $1.5 billion in foreign aid to the MB. Having a terrorist group in control of this prominent Arab nation is a big coup for the Obama administration. This bribe is obviously a clear indicator that the MB will do the bidding of the US covertly, while appearing to be against the US government on the surface.

While Obama has conveniently forgotten that the MB has ties to Israel’s Hamas (their own government-funded terrorist group). Obama portrays the MB was harmless, “secular” and “moderate”; although the MB’s self-proclaimed purpose is to appear to launch Islamic global supremacy.

Their creation and job has always been to assist the US government in over-throwing sovereign leaders of independent Arab nations that refuse to comply with the furtherance of Western global governance.

Just two months ago, Obama hosted members of the MB at the White House to “broaden [the US] engagement” of the Egyptian leaders they have shadow control over.

Senators John McCain and Lindsey Graham and others have met with members of the MB during their visits to Egypt. The creation of the House Democracy Partnership aligned the terrorist group with the US government’s agenda by calling them an “indispensable ally against Egyptian ultraconservatives.”

It is not obvious that this extremist group, supported by the Obama administration, is now controlling the country by seating the presidency in an illegitimate election.

The mainstream media is touting this supposed “elected” leader as “poised to start [the] first experiment in Islamic democracy.”

Citizens of Egypt are protesting the MB’s claim to their highest governing office. The MB has unilaterally dissolved the parliament and is disbursing all authoritative powers in line with a dictatorship, while claiming they are establishing a democratic government.

The Egyptians are not so easily fooled. Thousands stood in objection against the powers stolen by the Supreme Council of the Armed Forces (SCAF) that are collaborating with the MB and Mursi to design a strict and constraining powerful presidency.

Protesters are calling this move a “military coup.”

While other Egyptians have been feared into submission by the MB’s warning that they will re-create Egypt as a secular society resembling the theocracy of Iran.

The Freedom and Justice Party (FJP) have declared Mursi received 51.71% of the electoral votes, supporting his win. The Higher Presidential Election Commission (HPEC) will review the electoral decision; giving the candidates the results prior to releasing them to the public to allow for official objections.

By the MB’s decree, their first order of business was to dissolve the Egyptian parliament after the Supreme Constitutional Court decided on a new law governing elections in the lower house were illegitimate because party members had been permitted to contest seats in the lower house reserved for independents.

The second decree by the MB altered the 2011 constitutional declaration and rerouted authority to the radical generals of the MB. The new control over legislation and military affairs are supposed to be redefined after a new parliament is established; however, why give up total control once you have established it?

Mursi will take office in Egypt without parliament’s oversight, an established constitution, and any governmental definition of presidential powers and duties to create a system of checks and balances.

Effectively, Mursi is an “elected” dictator.