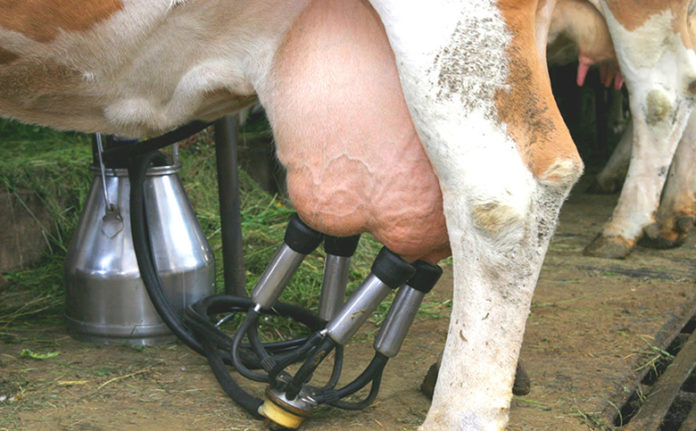 A new level of genetically modified food has been successfully created, as scientists have revealed their calf whose milk can be consumed by lactose intolerant humans, and another genetically engineered cow whose milk contains a synthetic “healthy” fat found in fish.

Scientists, assisting the failing mainstream dairy industry, have been trying to create food and other products from livestock that promote good health by genetically modifying the animals producing them.

Chinese scientists injected human genes into over 300 dairy cows to control the properties of the milk produced. Those modified cows produced milk with similar properties to human breast milk.

The cow milk could be used in formula as a substitute or sold in grocery stores.

Professor Ning Li, the scientist who led the research and director of the State Key Laboratories for AgroBiotechnology at the China Agricultural University asserts that the milk is safe for human consumption. Li said: “The milk tastes stronger than normal milk. We aim to commercialize some research in this area in coming three years. For the ‘human-like milk’, 10 years or maybe more time will be required to finally pour this enhanced milk into the consumer’s cup.”

The calf producing milk for the lactose intolerant, was born two months ago and is the hope of scientists that would eventually lead to new types of dairy products to be sold to the consumer markets within the next decade.

Dr. Zhou Hunamin, Dr Zhou Huanmin, director of the Key State Laboratory for Bio-manufacturing at the Inner Mongolia University, defends the GM cows: “Ordinary milk contains lactose, while milk produced by our modified cow will have relatively low content of lactose, or even have no lactose. Most people suffer the lactose intolerance in varying degree. We are attempting to breed a dairy cow that produces low lactose milk for supplying the market.

We hope to commercialize it in the future.”

More researchers at the Inner Mongolia University published a separate study where scientists had engineered cows that produced milk that contains omega-3 fatty acids in their milk.

Dr. Guang-Peng Li and his team at the Key Laboratory for Mammalian Reproductive Biology and Biotechnology at the Inner Mongolia University, explains that they used cloning technology to implant genes from the roundworm into the cow embryos. Li said: “Our results indicate that transgenic domestic animals can produce meat and milk enriched in n-3 fatty acids, which can probably become an efficient and economical approach to meet the increasing demand for omega-three polyunsaturated fatty acids.”

Chinese programs to advance science and technology in the realm of genetically modified organisms are being advanced by private sector corporations working for the government of China. The cooperation, management and policies of these GM programs are overseen by the Chinese government.

Higgins continues: “Genetic modification of animals has an almost unique capacity to cause suffering and the welfare impacts on the animals produced can be both unpredictable and severe. The history of GM research tells us that the unseen cost will be animals born with unexpected and lethal deformities such as tumors, brain defects, deformed limbs and arthritis.”

Food safety is threatened with the advent and circulation of GM milk from manipulated livestock. The broken genetic information passed through GM foods adversely affects the human body, causing higher propensities toward the development of diseases.