The Law of the Sea Treaty (LOST) places the UN in control over 70% of the earth’s surface and resources. LOST will move the global Elite miles ahead toward their goal of global governance.

LOST encompasses “all ocean space, with all its uses, including navigation and overflight; all uses of its resources, living and non-living, on the high seas, on the ocean floor and beneath, on the continental shelf and in the territorial seas…. The Convention is widely recognized by the international community as the legal framework within which all activities in the oceans and the seas must be carried out.”

LOST will utilize technology and wealth transfers and requires all nations signed to the treaty to adopt its regulations and laws. The UN will have the final authority over all nations through LOST.

In 1982, former President Ronald Regan fought against it. Regan was opposed to Part XI’s provisions; stating that an International Seabed Authority (ISA) would be created to command sea exploration for mining purposes. ISA would mine, collect and redistribute royalties from the resources taken.

Former President Bill Clinton endorsed it and attempted to have the US Congress ratify it.

As of recent times, 157 nations have signed onto LOST. The European Union prides itself on being part of the treaty.

The US has not ratified the treaty, although Obama is supporting its provisions and through executive orders, is implementing its ideals.

LOST would give the UN authority over everything above and below the seas and oceans of the world. Under LOST, there will not be an ability to veto as with the UN Security Council.

The 62nd UN General Assembly Plenary meeting recorded this statement with regard to LOST: “The Assembly had before it a 22-part resolution on oceans and the Convention on the Law of the Sea … by which it would call on States to harmonize, as a matter of priority, national legislation with the provisions of the Convention and, where applicable, relevant agreements and provisions…. The Assembly then adopted the resolution by a recorded vote of 146 in favour to 2 against . . .”

This call to harmonize all nations for the sake of LOST is a direct move toward unilateral governance by international mandate.

LOST has the unwavering support of President Obama, Secretary of State Hilary Clinton, and Chairman of the Senate Foreign Affairs Committee, John Kerry.

The Obama administration would like to see LOST’s provisions made priority within foreign policy initiatives under the guise of more intimate cooperation from other nations.

At a hearing before the Senate Foreign Relations Committee in January of 2012, Hilary Clinton remarked that the ratification of LOST is a priority for her “because it is long overdue”.

Senator John Kerry asserted at the same hearing that “we are now laying the groundwork for and expect to try to take up the Law of the Sea Treaty. So that will be one of the priorities of — of the committee, and the key here is just timing, how we proceed”.

HR 3534, called Consolidated Land, Energy, and Aquatic Resources Act of 2010 (CLEAR), is being paired with a bill that has no identifying tracking numbers as of yet. These two bills combined create global taxation. In Section 802, a conservation tax of $2 per barrel of oil and .20 cents per BTUs of natural gas is implemented. This will raise costs of off-shore drilling, which most oil corporations were forced to become under legislative requirements.

CLEAR is the precursor to LOST because it gives the UN all rights to American oceans and splits the United States of America into 9 sectors geographically; as well as places cap and trade climate change restrictions.

In Section 106 of the bill to ratify LOST is the power to engage the executive branch of our US government to apply LOST through executive orders, regulations, directives and/or delegations of authority. This proceeds even CLEAR.

Obama signed his executive order Stewardship of the Oceans, Our Coasts and the Great Lakes Executive Order and the Interim Report of the Interagency Ocean Policy Task Force (IOPTF).

The purpose of IOPTF is to adhere to LOST. The report will provide the framework for planning and conservation, economic endeavors, user adherence and sustainable use; as well as social justice, as dictated by LOST and the UN. An estimated $900 million will be used for the implementation of a global approach to our land, oceans, coastal areas and Great Lakes.

The US Senate is expected to vote on LOST next month. More committee meetings and hearings may occur prior to the vote. It is expected that the Obama administration will push hard for the treaty to be ratified as soon as possible. 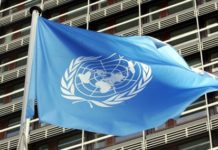 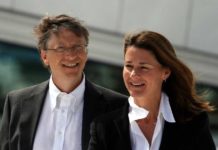 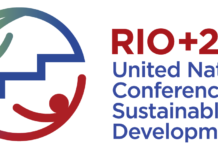