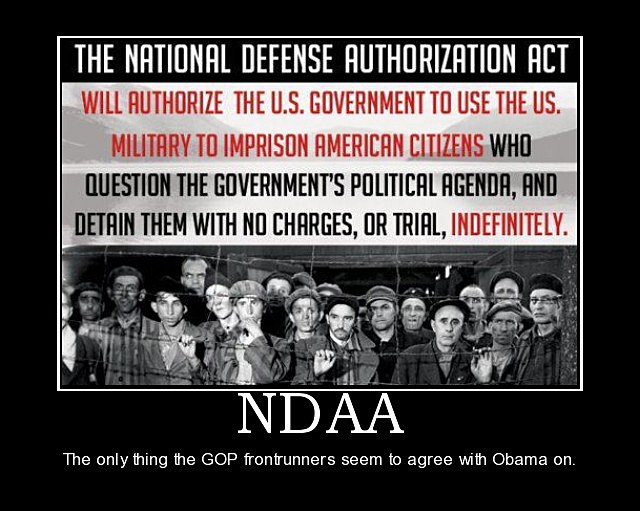 US District Court Judge Katherine Forrest has ruled that the provision within the National Defense Authorization Act (NDAA) that applies to the indefinite detention of American citizens is unconstitutional.

Christopher Hedges, along with a group of writers and activists sued President Barack Obama and Defense Secretary Leon Panetta for fear that they could be arrested and indefinitely detained by the US military for doing their job.

Forrest’s ruling will prevent the enforcement of Section 1021 within the NDAA that applies to American citizens, barring order of the court or amendment by Congress.

Because Section 1021 is vague in its language and could be applied to a wide range of interpretations, Forrest denied the US government’s argument that the plaintiffs lacked standing to justify their lawsuit.

According to Forrest, the US government failed to prove that Hedges and the other plaintiffs would not fall under the Section 1021 provision.

“The government was given a number of opportunities at the hearing and in its briefs to state unambiguously that the type of expressive and associational activities engaged in by plaintiffs — or others — are not within Section 1021,” Forrest said. “It did not. This court therefore must credit the chilling impact on First Amendment rights as reasonable — and real.”

The complaint, which was filed by Hedges in January of this year, states that a provision of the NDAA allows the US government to detain American citizens and permanent residents in military installations based on unsubstantiated suspicion or support of individuals or groups that are known to deal in terrorist activities.

“The statute at issue places the public at undue risk of having their speech chilled for the purported protection from al-Qaeda, the Taliban, and ‘associated forces’ – i.e., ‘foreign terrorist organizations,’” Forrest said. “The vagueness of Section 1021 does not allow the average citizen, or even the government itself, to understand with the type of definiteness to which our citizens are entitled, or what conduct comes within its scope.”